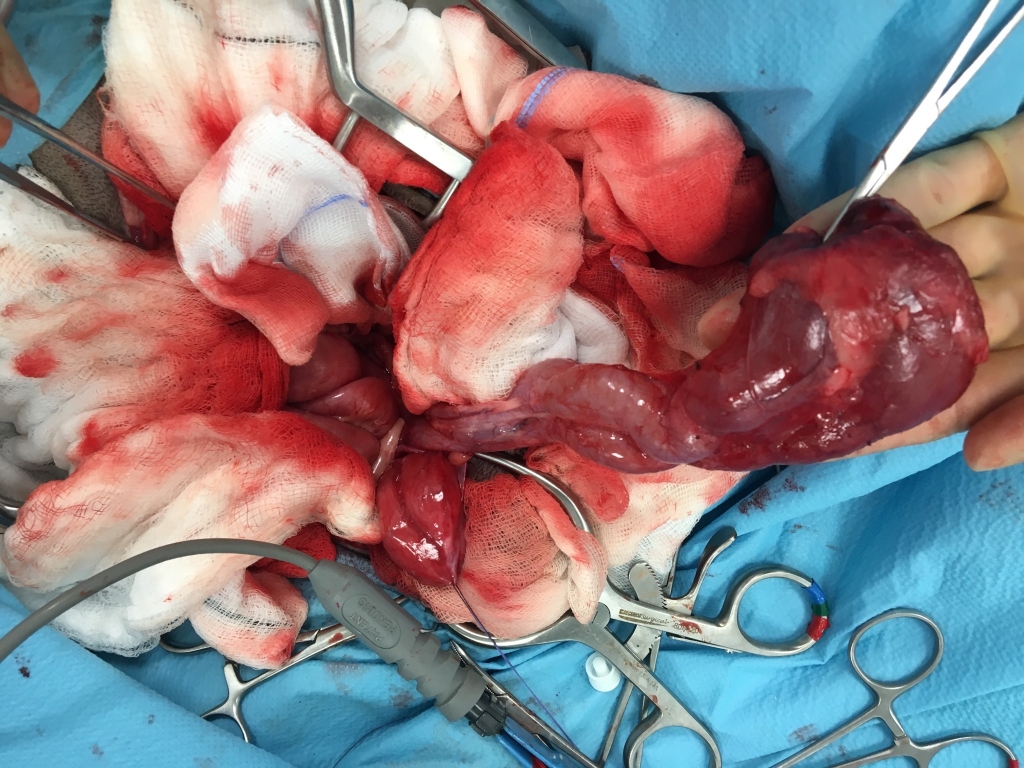 A leading soft tissue specialist at one of the UK’s top animal hospitals is claiming a world first after successfully treating the first reported case of a dog with complete, unilateral urinary tract duplication.

Tim Charlesworth, head of surgery at the multidisciplinary Eastcott Veterinary Referrals, in Wiltshire, has shared details of the remarkable case, which is believed to be unique.

The dog in question was a seventh-month-old Jack Russell Terrier which had been referred to the Linnaeus-owned hospital suffering from urinary incontinence and preputial pruritus.

A full examination of the young pup revealed the cause was a fascinating congenital condition which required pioneering surgery to rectify the problem.

Tim said: “We believe this is the first reported case of complete unilateral duplication of the urinary tract in a dog presenting with incontinence.

“The dog concerned was born with a duplex or 'double’ left kidney. Each section of the left kidney drained urine via separate ureters into the prostate gland.

“The two penises were both stuck within a prepuce designed for one which, was causing the dog’s pruritus or ‘itching’ of the penis. The incontinence was caused by the left ectopic ureters.”

The surgeon was faced with the challenge of devising a surgical strategy that would resolve the dog’s clinical signs.

Tim explained his approach, saying: “The left kidney was severely dilated and was deemed to be non-functional and so the dog underwent surgery for the removal of the affected left kidney and ureters; the two halves of the bladder were united by ablation of the septum between these two cavities; the left urethra was transected and the left penis amputated to allow the right penis to have room to fully fit within the prepuce.”

The operation was successful, with Tim adding: “The dog has now made a full recovery with full resolution of his clinical signs and is currently doing very well indeed. We are very pleased to have been involved with such an unusual case and are really happy that he continues to do so well.”

The uniqueness of the case and successful outcome of the surgery is already being recognised around the world.

The case was recently written up by one of Eastcott’s interns, Mara Sprocatti, and it has now been published in Veterinary Surgery by the renowned Wiley Online Library, a global platform for academic study and clinical research, which has highlighted it as the first known case in the history of veterinary surgery.