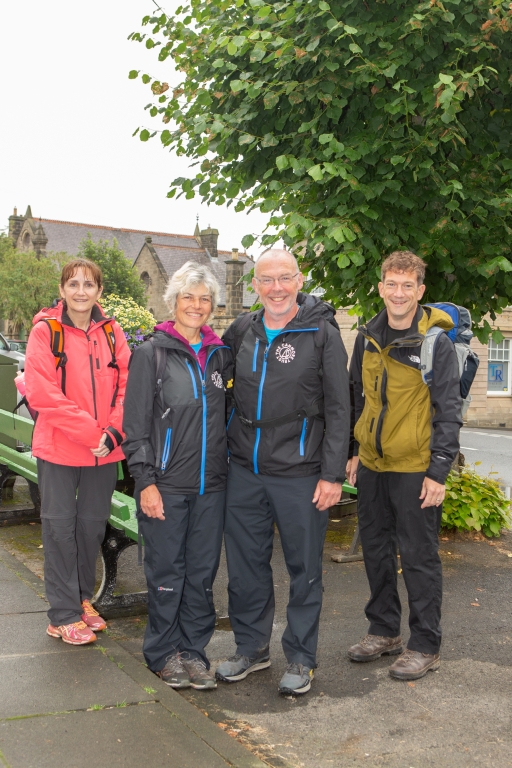 VetPartners CEO Jo Malone lent her support to a walk in memory of vet Cameron Gibson, who died by suicide

VETPARTNERS CEO Jo Malone and her family joined the parents of a Scottish vet who died by suicide on a leg of his epic 1,200-mile walk from Land’s End to John O’Groats to raise money and awareness to try to prevent more tragedies.

Jo joined the walk at Bellingham, near Hexham in Northumberland, completing a 15-mile hike to Byrness, near Otterburn, and described the experience as a “huge honour.”

She was joined by members of her own family and VetPartners operations director and fellow vet Tim Shearman.

Professor John Gibson and his wife Isobel are tackling the mammoth journey to raise £250,000 for The Canmore Trust, a charity set up in memory of their 24-year-old son Cameron, a farm vet at Clyde Veterinary Group in Lanarkshire, who died by suicide in October 2019.

The aim of the walk, called #onemanwalkingamilliontalking, is to try to prevent more suicides and support those affected when someone dies by suicide.

VetPartners, the veterinary group of which Clyde Vets is a part, has donated £10,000 to the fundraising.

John is now 40 days into his walk, which will take around two-and-a-half months, averaging 20-plus miles a day, and he is expected to complete the journey in August.

Jo fulfilled her promise to join him for part of the walk, and admitted it was an emotional experience.

“As a mother, I can’t even begin to imagine what John and his wife Isobel have been through, and seeing for myself what they are doing in Cameron’s memory is truly inspirational,” she said.

“It was a huge honour to walk with them and support their campaign to encourage more young people to open up and have conversations about suicide and bring it into the light.

“Cameron was highly regarded at Clyde Vets, where he was a dedicated vet and a much-loved colleague, who is very fondly remembered. Everyone at the practice was devastated by what happened and we want to support his family’s campaign as much as possible.”

With Cameron, there was no history of psychological distress and he left no note to explain his decision, so his death is a mystery to his family, his friends and his colleagues. However, according to the charity Vetlife, the suicide rate among veterinary surgeons is three to four times the UK national average.

A JustGiving page has been set up: www.justgiving.com/LEJoG-John-Gibson