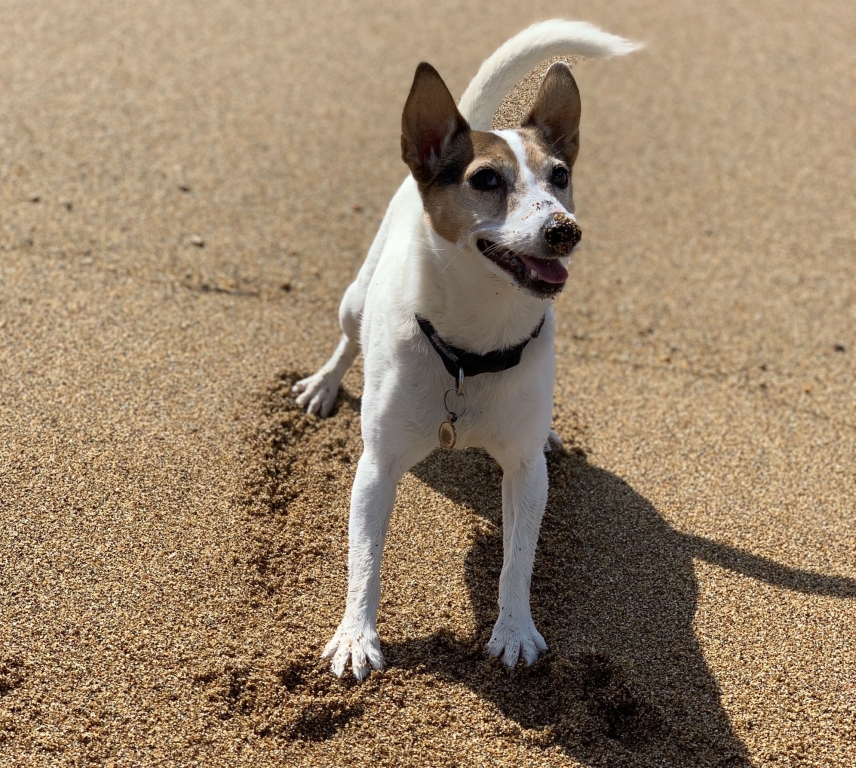 A courageous cancer-suffering dog given just days to live by vets has astonished her owners by defying the odds to survive for 18 months and counting.

Tilly, a 10-year-old Jack Russell, was diagnosed with an aggressive nasal tumour in March last year and was not expected to survive.

Fast forward to September 2020 and she’s just been re-examined by cancer experts at Linnaeus-owned Cave Veterinary Specialists, in West Buckland and is continuing to display a “spectacular” clinical response.

Cave’s co-clinical director Nele Van den Steen said: “Tilly is the most remarkable dog who really has amazed us all.

“The initial prognosis was poor due to the extension of the tumour beyond the nasal cavity, so the first thought was to offer palliative radiation or chemotherapy while warning the owner that Tilly may deteriorate at any time and, at best, probably only had a few weeks to live.”

Tilly was referred the surgery department at Cave on March 28, 2019, where a CT scan and biopsy confirmed she was suffering from a nasal carcinoma with extension through the cribiform plate. She was then internally referred to the medicine department.

“We discussed different treatment options with her owners, with the most effective one being radiotherapy, but this was declined,” added Nele.

“We then discussed neo-adjuvant chemotherapy, which could either consists of maximum tolerated chemotherapy (carboplatin) or toceranib (Palladia), and the owners opted for the latter.

“Tilly’s response has been spectacular. We normally expect to see a clinical response in about 60 per cent of cases for an average of five to six months, yet Tilly is still with us 18 months on.

“She’s definitely one of a kind and we’re thrilled she’s doing so well.”

Delighted owners Cynthia and Ian Davies, from Dorset, said: “Eighteen months on and Tilly is doing incredibly well. She is our little miracle dog.

“We were absolutely devastated when we heard the news. We expected to lose her within two weeks and had resigned ourselves to this.  It was such a shock as apart from the small amount of blood from her nose, she appeared to be such a fit and healthy dog.

“Had we known how she would respond so well to the Palladia, and that she would not suffer any side effects at all, we would have not worried as we did.

“She has been a faithful companion and has given and received so much love and joy. Long may it continue!”