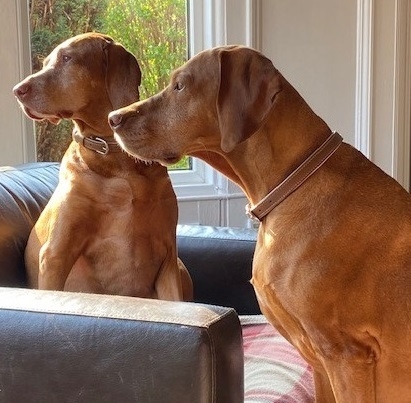 Lola, a 12-year-old Hungarian Vizsla, was treated at Linnaeus-owned Kentdale Referrals in Milnthorpe, Cumbria, following the discovery of a rapidly-growing tumour.

A dog with a rapidly-growing tumour on her mammary gland has made a remarkable recovery after successful surgery at one of the UK’s leading small animal hospitals.

Lola’s owner, Anna Aikenhead, works at Kentdale as the hospital’s safety and facilities lead and said she had total faith in Jan and team but confessed it was still a worrying and anxious time seeing her beloved pet undergo such specialist treatment.

Anna, who lives in Jarrow, explained: “Lola developed a lump on her underside alongside one of her nipples. This grew rapidly over a couple of months until it reached the size of a small orange.

“She had previously had a similar lump removed from another area in July 2021, which was benign, but the second one had grown so rapidly I was naturally concerned.

“Lola having a second general anaesthetic in less than a year at the age of 12 was a worry, too. So, it was mixed emotions.

“I was upset but I knew she was in safe hands. Jan is a very experienced veterinary surgeon and Lola was dealt with swiftly and received excellent care.

“Every part of the procedure was explained in detail and I was reassured at every step. The nursing team were also brilliant and treated Lola like one of their own pets.

“Lola is now like a new dog and has a new lease of life. Her energy and mood levels are so much improved.”

Jan admitted it was unusual to be treating a fellow team member’s pet and was delighted the outcome was so positive.

He said: “We needed to operate to remove the ulcerated mammary mass. Whilst also taking radiographs of the thorax (upper body) to check for evidence of masses within the lungs which could be signs of metastasis (spread of tumour cells) if the mammary mass was malignant.

“The whole procedure took two hours. Surgery went well, with the tumour fully excised and the results of the radiographs showing no sign of metastasis so that was very good news for Lola, for Anna – and for me!”