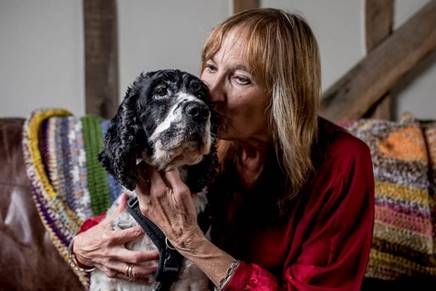 A Dogs Trust project that offers a temporary home for dogs to enable their owners to flee domestic abuse is officially launching in East Anglia.

Pets can be a major factor in people not being able to escape domestic abuse, for fear of what may happen to their beloved companions if they’re left behind. Dogs Trust research showed that almost half (49%)* of professionals working in the sector are aware of cases where the pet has been killed. With many refuges also unable to take animals, Dogs Trust’s Freedom Project offers dog owners a vital lifeline.

Today’s launch in Cambridgeshire, Norfolk and Suffolk means the service is now available to those who need it across the whole of the East of England.

The Freedom Project has continued to operate throughout the pandemic to support people and their dogs. Refuge’s National Domestic Abuse Helpline logged 63% more incoming calls and contacts since lockdown began, showing that Dogs Trust’s service and those offered by other specialist organisations the charity works with, both locally and nationally, have never been more important.

“Alongside suffering physical abuse, we know that dogs are also often used by perpetrators as a means to coerce and control their partners. This is incredibly frightening for survivors and can range from perpetrators stopping their partner from accessing vet care for their dogs or spending money on dog food, through to repeatedly threatening to harm, kill or ‘get rid’ of their dogs. As many refuges are unable to accept pets, survivors are understandably concerned about their dog’s safety when they need to escape.

“We appealed for people to apply to be Freedom foster carers in October; the response was amazing and we’ve already been able to help 20 dogs and their owners escape from domestic abuse.

“We now have 60 fantastic new volunteer foster carers in place across East Anglia and are ready to take in dogs at a moment’s notice if needed. Thanks to them, we can continue our life saving work.”

One of the people the project has already supported in East Anglia is Ella** who said: “When I had to use the Freedom Project, I was married with children. My ex was at home all the time and things were getting bad, it was becoming impossible to live with him. I was trying to get a refuge place, but I was worried about my dog, Socks, as I couldn’t leave him behind. Women’s Aid told me about the Freedom Project and said that they may be able to help us.

“Before leaving, my ex would only allow our dog in one room and he would often frighten him. Although I was upset to see Socks go into foster care, I saw him jump into the van and there was a new toy in there waiting for him. It was lovely seeing the updates of how he was doing and receiving the photos of him would brighten any bad day.

“When we were reunited it was amazing to have our dog home again. My children were waiting at the window all day and watching each car that went past. Socks came back so happy and had been really well looked after, they provided everything I needed and made the whole thing so much easier. It is such a great project and is helping so many people.”

Claire** is a new volunteer foster carer in Cambridgeshire. She said: “It feels brilliant to know we have helped a family and their pet get to safety. Covid times make you feel that you cannot do what you want to do to help people, as we are all so distant.

“Fostering works well as I have supported someone who is fleeing domestic abuse and have made it easier for them by caring for their dog, whilst at the same time my family have massively benefitted from having a dog in our lives. We hope that we have made a positive step in their journey.”

Amy** is a new volunteer foster carer in Suffolk. She said: “We did not know about the Freedom Project and came it across it on the website. The added factor that we were helping a family as well really made us want to foster even more. Even if we only ever foster one dog, it will mean we have helped one family. Prior to learning about the project, we did not realise it was a reason that people could not leave their situation and after finding out more, it makes real sense that someone would not want to leave their dog behind or felt trapped because they could not leave their dog. It made us realise that what we do is more than just fostering a dog.”

Julia Cullum, Cambridgeshire and Peterborough Domestic Abuse & Sexual Violence Partnership Manager, said: “We are pleased to see this project expanding into Cambridgeshire. Knowing that their beloved family pet will be looked after by pet foster carers, if they have to leave home to seek safety, will help survivors of domestic abuse to feel more able to seek support. We look forward to working with Dogs Trust.”

Ray Bisby, Acting Police and Crime Commissioner for Cambridgeshire, said: “I welcome the Freedom Project expanding into Cambridgeshire and offering domestic abuse victims the reassurance they need that their cherished pet is safe in the care of volunteer foster carers, while they access the support they require. This project is a fantastic example of organisations working together to support victims of domestic abuse in Cambridgeshire.”

Mandy Proctor, Chief Executive of Leeway, who support adults, children and young people experiencing domestic abuse in Norfolk and Suffolk said: “This is a really important project; we are delighted that it is now available across East Anglia and that the early response has been positive. Some people won’t leave their relationship because they are worried about what might happen to their dog, especially because most refuges are unable to accommodate pets. The Freedom Project removes this barrier to accessing support, providing a safe and loving foster environment for dogs, allowing their owner to access the support they need.”

Since its inception in 2004, Dogs Trust’s Freedom Project has helped almost 1,700 people fleeing domestic abuse and the service’s fosterers have cared for over 1,800 dogs. The service now operates across Greater London and the Home Counties, East Anglia, Yorkshire, the North East, the North West and Scotland.

The project needs foster carers to support this vital service. If you think you can help or would like more information on the service, please visit: www.dogstrustfreedomproject.org.uk Alternatively contact freedomproject@dogstrust.org.uk or call 0808 196 6240.