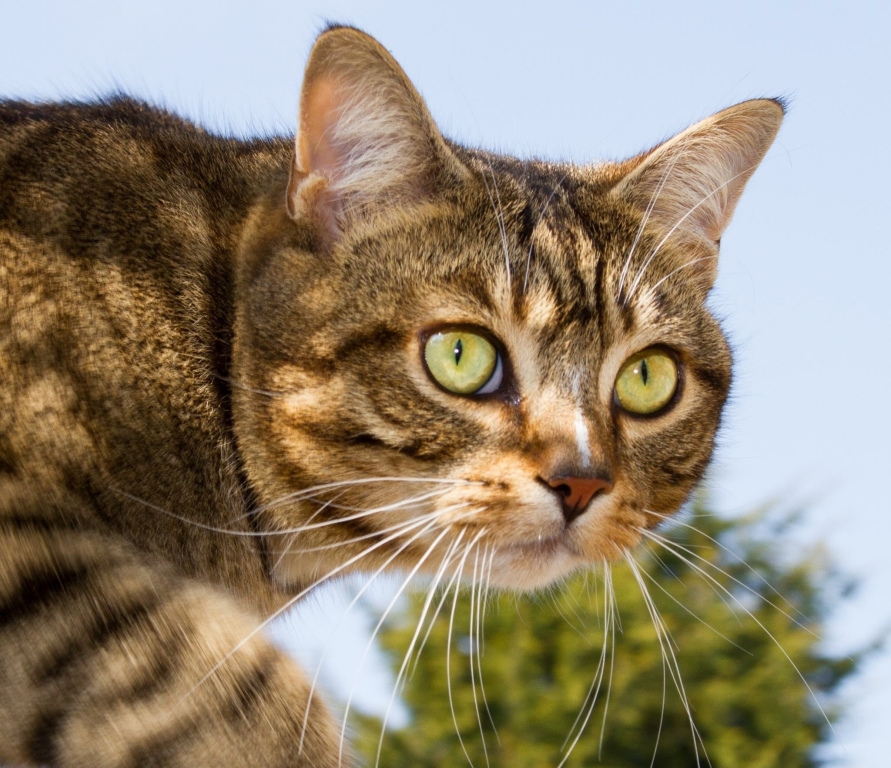 Drake, who was left unable to use his back legs after a blood clot from his heart became lodged in an artery in his back legs, cutting off the blood flow

Drake Is Back On His Feet After Blood Clot Blockage


A cat from Colchester whose back legs were paralysed because of a blood clot is back on his feet and living a normal life.

Eight-year-old Drake was left dragging his back legs after a blood clot dislodged from his heart and became lodged in an artery in his back legs, cutting off the blood flow to them.

He was referred to the care of the cardiology team at Dick White Referrals in Six Mile Bottom, Cambridgeshire, where a full examination and heart scan showed he was suffering from a heart muscle disease which had caused a blood clot to form in the heart - resulting in a condition known as aortic thromboembolism (ATE).

Anne Kurosawa, head of cardiology at Dick White Referrals, said: “It’s very common in cases like Drake’s that people think they have been hit by a car because they drag one or both legs.

“Particularly with outdoor cats, they may hobble back and their owners might think something has happened to them.

“But there are some tell-tale signs of an aortic thromboembolism (ATE), such as there being no pulse in the back legs and the paws can even turn purple because they don’t have blood flow.”

Anne said: “Treatment involves pain management and making sure another clot doesn’t form. Cats suffering from an ATE are given blood thinners and small vessels can open up within around 24 to 48 hours, which supply blood to the legs.

“This flushes out toxins from dead muscle, but they can be flushed into the body and irritate other organs, so this is something we monitor for closely with frequent blood tests.”

After three days, Drake was able to use his back legs once again and he was discharged to return home.

His owner Rachel Davis said: “I didn’t know what had happened when he first came in dragging his back leg.

“I took him to the vet, who initially didn’t think it was a heart-related issue because cats usually scream when it is. We were referred to Dick White Referrals and he was hospitalised.”

Rachel said that Drake’s two sisters had also been diagnosed with the same heart problems. She added: “My friend had both of Drake’s sisters and one already died from this condition. His twin sister was checked and she has it too, though hers is mild and is being treated with medication.”

Happily, following his stay at DWR, Drake is back to his normal self – with his condition being managed with daily medication and blood thinners, and reviewed at six-monthly scans.

Rachel said: “Drake is doing great I can’t thank the DWR team enough. For me to be able to keep my cat, the check-ups and medication are all worth it.

“He lives his life as he did before - he’s happy, he runs around and goes outside. Within a couple of months of the first incident he was back out living a normal life.

“There have been a couple of scares, but at his most recent check-ups, Anne said he is doing as well as he can be expected to – we’ll just keep monitoring him.”