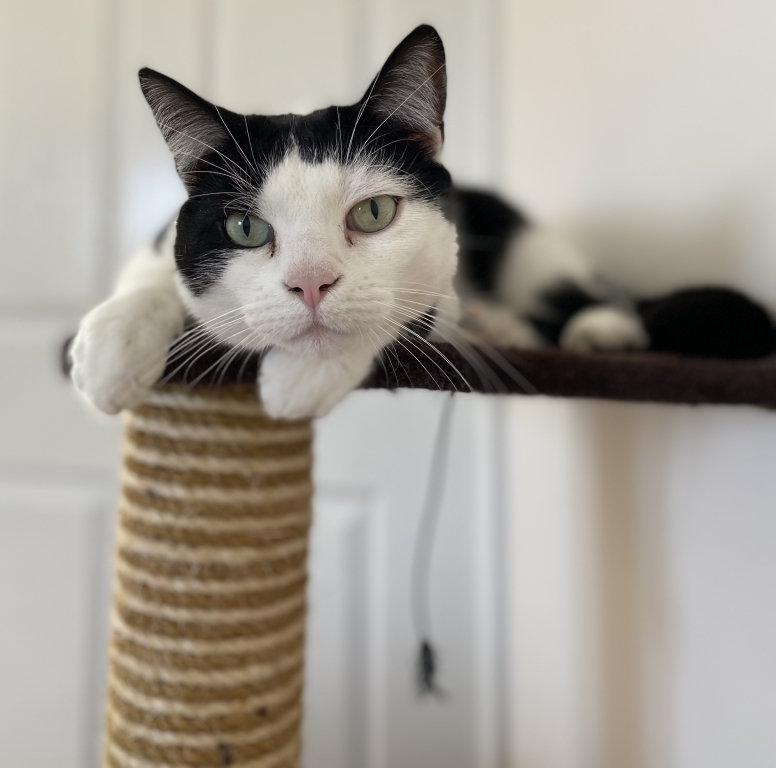 A vicious cat fight left a beloved family pet suffering with a dangerous brain infection after having a claw stuck in his head and a hole in his skull.

Mauling moggy Apollo’s injuries were so severe that the four-year-old needed expert care at one of the UK’s leading small animal hospitals, Linnaeus-owned Dick White Referrals (DWR) in Cambridge.

DWR neurologists Ines De Freitas and Max Foreman acted swiftly to help Apollo, performing emergency surgery after an MRI scan revealed he had an abscess in his brain.

Ines, a clinical fellow in neurology and neurosurgery, explained: “This was a dramatic case and Apollo was in a very poor state when he arrived at DWR.

“The previous week, he had got into a fight with another cat and his owner had removed a claw from the skin over his head.

“However, despite having removed the claw, Apollo developed a swelling over his head, and he was taken to his local vets.

“The swelling was found to be an abscess. It was drained and Apollo was given a course of antibiotics and the swelling subsided.

“A few days later, though, Apollo became very lethargic, unresponsive and his pupils were different sizes, which is when he was referred to us.

“We performed an emergency MRI scan and found that not only had the claw pierced his skin, but it had also made a hole in his skull. The infection had tracked through this hole and had formed an abscess inside his brain.

“We performed emergency brain surgery and happily Apollo has made a rapid and complete recovery.”

Relieved owner Rebecca Lennox-Jackson, from Calverton, Nottinghamshire, recalled the traumatic events, saying: “The injury occurred on a Thursday night, when he came home with a claw in his head.

“We removed it thinking it was just a surface wound, but it became swollen and Apollo needed a couple of trips to the vets on the Saturday and Monday, where a surface abscess was drained and treated.

“In the early hours of the Tuesday, we realised something was seriously wrong – his pupils were different sizes, he couldn’t stand properly and he was panting and sniffing uncontrollably like he was in pain or fear.

“I took him to the emergency vets who advised it was something neurological, so he needed an urgent MRI scan and we were referred to Dick White Referrals for a same day emergency appointment.

“We were shocked to then discover the full extent of the problem, as on the surface the wound looked like virtually nothing.

“We were so concerned as he is a very special cat to us and we didn’t want to lose him, we were desperate for him to get better.

“Thankfully, the care Apollo received was second-to-none as the vets and staff at DWR were truly exceptional at what was an incredibly difficult time.”