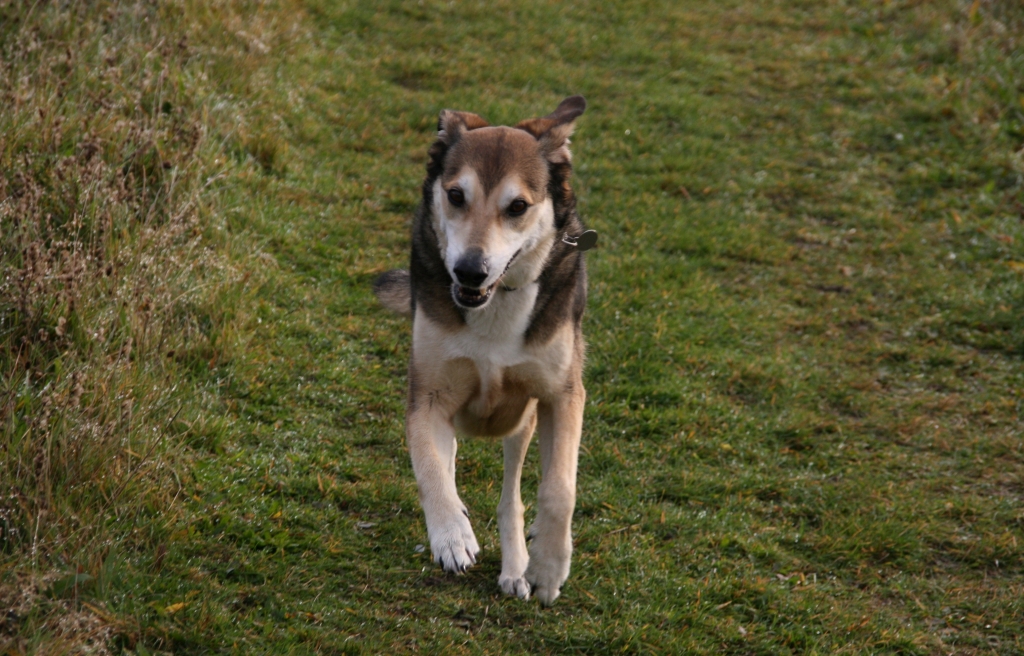 A pioneering vet specialist at an award-winning animal hospital has earned glowing praise after performing a total knee replacement to transform the life of a dog rescued from the streets of Athens.

The groundbreaking surgery by Neil Burton, head of orthopaedics at Wear Referrals, in Bradbury, County Durham, and certificate holder in small animal surgery Maciej Krukowski has given the much-loved cross-breed pet called Rocco, a whole new lease of life.

The dog, which was hit by a car at just days old and treated by vets in Greece, was increasingly lame in his left hind leg and could only weight bear on the limb 50 per cent of the time.

However, following the intricate surgery at Linnaeus hospital Wear, the much-loved family pet is back on all fours.

Neil said: “Rocco’s original fracture, which was treated by the surgeon in Greece, healed but with a malunion of the femur, so the thigh bone was not aligned as it should be.

“Osteoarthritis subsequently developed in the left knee joint, likely as a combination of the original trauma, the subsequent surgery and the malunion of the fracture.

“By the time I saw him, Rocco could only weight bear on the limb 50 per cent of the time, there was also marked muscle wastage and he was in persistent pain despite being on pain killing medication.

“That’s why I recommended we operate and perform a cementless BioMedtrix total knee replacement in order to improve his comfort levels and mobility.

“The operation was successful and Rocco was given physiotherapy and hydrotherapy treatment here at Wear to rebuild the strength in the leg, which had been lost because of the years of discomfort due to osteoarthritis.”

Owners Christine Innes and Bruce Schlaitzer, now living in Northumberland, said the operation to give Rocco a ‘new’ knee had also given him a fresh lease of life.

Christine said: “We had seen this type of operation on the television but never dreamed Rocco would ever receive such advanced treatment.

“It was our local vets in Corbridge who recommended Wear Referrals as the place to go and we are so pleased with the care and treatment Rocco received there.

“It’s amazing. He has had a full knee replacement and can now finally run normally after a lifetime of problems with his left hind leg.”

Those problems began very early in Rocco’s eventful life. His mother was a feral dog from the streets of Porto Rafti, near Athens, Greece.

Rocco was badly injured in a road accident just days after being born and it was Christine and Bruce who were on hand to take him to the vets for treatment.

Christine explained: “We were living in Greece at the time and had seen the puppies when they were born.

“One of them wasn’t doing very well, he’d been involved in an accident, so we took him to the vets.

“The x-rays showed he had badly fractured his knee and the vets inserted three steel pins in a bid to repair the damage and that was it - he was suddenly ours!”

Rocco went from wild, street dog to pampered pet and he’s certainly enjoyed the high life in his time having travelled across the USA before settling here in England.

Then late last year, his old injury started to impact on him dramatically, with Christine alarmed at his sudden deterioration.

“He’s always had problems with that leg. It’s three inches shorter than his other back leg so he’s always been lop-sided and ungainly but he started becoming increasingly lame on it and we realised we needed to act.”

A referral to Wear swiftly followed where specialist Neil was equally quick to identify Rocco’s problem and offer the pioneering solution.

For more information about Wear Referrals, which is part of Linnaeus, visit www.wear-referrals.co.uk or search for Wear Referrals on Facebook.