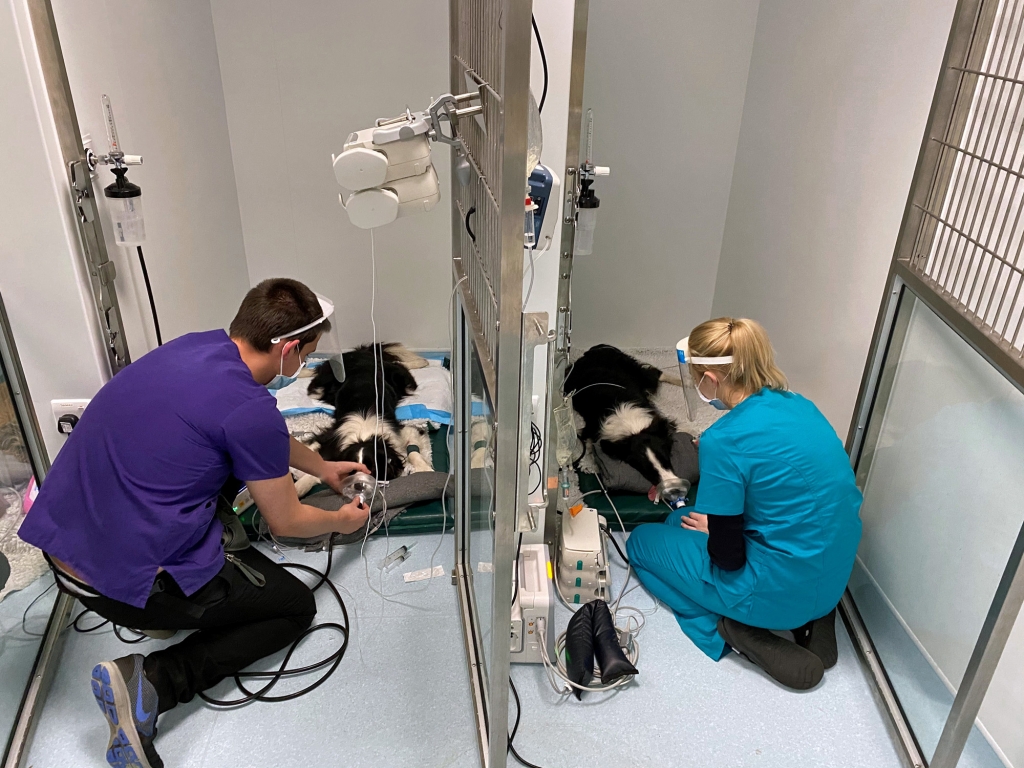 A relieved and grateful owner has praised expert vets at a Yorkshire animal hospital for saving the lives of her two beloved Border Collies.

Chris Thompstone, from Sutton-in-Ashfield says she’s sure she would have lost both dogs if it hadn’t been for the excellent care they received at the award-winning Paragon Veterinary Referrals in Wakefield.

The Collies, a four-year-old called Chance and one-year-old Tia, were both left fighting for their lives in intensive care after eating mouldy garden waste while out on a walk.

Chris said: “They were having seizures and had collapsed and were rushed to Paragon as they were both critical and not responding.

“After 36 terrible hours they finally showed some signs of improvement and they are now virtually back to normal.

“I cannot praise Paragon enough for their care and expertise, I have no doubt that without them I would've lost them both.”

Ben said: “Both of them were in a critical condition when they arrived here and were having dramatic and continuous tremors.

“Chance was especially unwell so we quickly transferred the two of them to the intensive care unit.”

Medicine specialist Andrea Holmes then spoke with the owners to gather as much information as possible and the mention of mouldy garden waste helped pin-point the dangerous problem.

Ben added: "A toxin made by fungi found in mouldy garden waste can act as a neurotoxin and cause severe tremors – a condition which is known as tremorgenic mycotoxicosis.

“The fungus can also be found in mouldy food and refuse and can be life-threatening, so Chance and Tia needed immediate treatment.

“They remained in ICU for two days for intensive treatment including a combination of muscle relaxants, sedatives and anaesthetic medication.

“At one stage they were on six separate medications along with supportive treatment, intravenous fluids, oxygen and a lot of nursing care.

“They were kept fully sedated for the first 24 hours, after which medication was gradually withdrawn as both dogs slowly recovered before being allowed home.

“Both Chance and Tia have since made full recoveries which is testament to the excellent collaboration between the staff here at Paragon.

“They received care from three vets from our internal medicine service, a specialist in anaesthesia, three ward vets and a huge number of intensive care nurses to give them the 24-hour intensive care they needed to survive.”