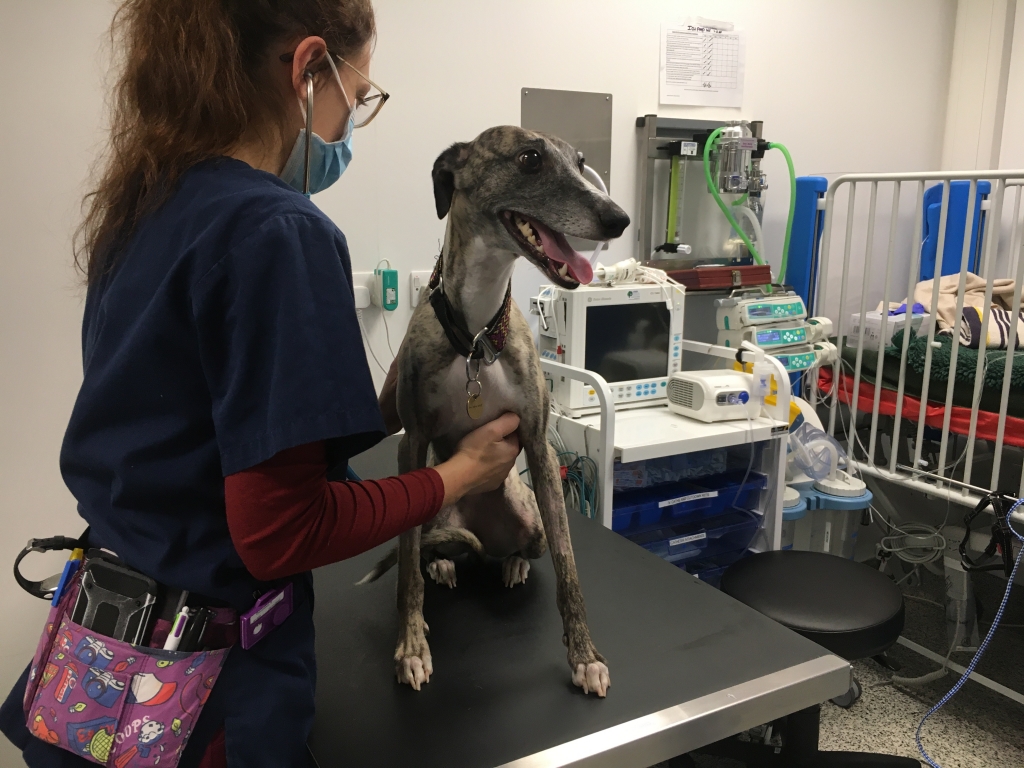 A young whippet needed two life-saving blood transfusions after her immune system broke down and began attacking her own red blood cells.

The dramatic case of two-year-old Florence, who was saved by experts at Linnaeus-owned Eastcott Veterinary Referrals in Swindon, Wiltshire, is now being used to highlight the need for blood donor dogs.

Eastcott intern Athina Karpozilou said Florence would have died if it wasn’t for the brilliant work of Pet Blood Bank (PBB), a nationwide charity providing essential blood supplies to vets all over the UK.

Athina, who’s helping organise a blood donor session at Eastcott’s Hindle Way practice on March 21, said: “Florence was referred to us because she was weak, lethargic and reluctant to play.

“Examinations revealed she had a fever, an increased heart rate, was very anaemic with a very low red blood cell count which had also made her jaundiced.

“She was diagnosed with immune mediated haemolytic anaemia (IMHA) which is a life-threatening autoimmune disease in dogs, where their auto-antibodies incorrectly attack and damage the red blood cells.

“It’s a very serious situation as red blood cells are responsible for transferring oxygen around the body.

“The cornerstone for Florence’s therapy were two transfusions, which were needed to stabilise her.

“She also required immunosuppressive medication in order to inhibit the auto-attack of red blood cells.

“Fortunately, Florence responded well and is back home now with her red blood cell count remaining normal as we gradually reduce her medications.

“It would have been a different story without PBB, which is such a brilliant service, similar to the NHS human blood donor service but with brave dogs donating blood to save others such as Florence.

“IMHA is only one of the numerous causes of anaemia in dogs, and a blood transfusion is crucial in many other situations to save these animal’s lives.

“So, blood stocks are always in high demand and we need more and more dogs to donate their blood to maintain essential supplies. Our next donor session is on Sunday, March 21.”