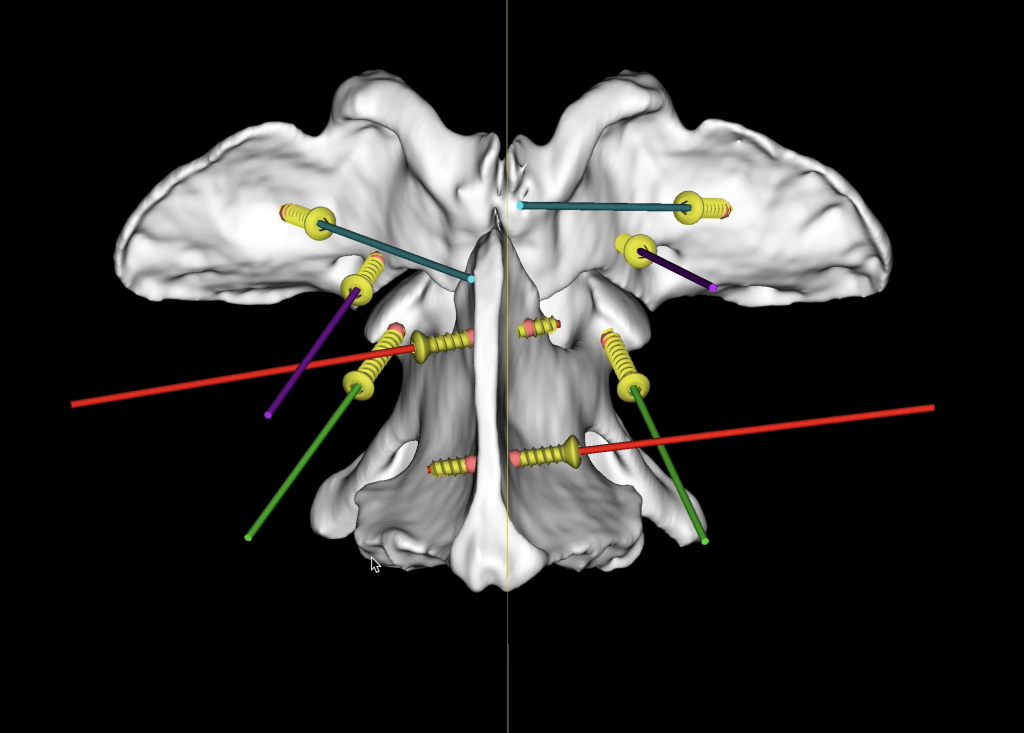 A pioneering approach to tackling spinal malformations in dogs is paying dividends for one of the UK’s leading small animal hospitals.

His latest success was with a five-year-old bulldog called Jesse, who was suffering from two challenging congenital spinal defects – one of them potentially life-threatening – which had originally been detected and referred to NDSR by the neurology team at fellow Linnaeus animal hospital, Anderson Moores Veterinary Specialists in Hampshire.

Dr Leblond explained: “Jesse was suffering from both atlantoaxial instability and a spinal arachnoid diverticulum in the thoracic spine.

“As a result of the two conditions, he had lost a lot of mobility and was dragging his hind legs behind him.

“We decided it was best to carry out two separate operations, prioritising the surgery to tackle the atlantoaxial instability as that was potentially life-threatening.

“I used a new technique for this adopting a dorsal approach, which involves an insertion through the top of the neck when normally this type of surgery is generally performed ventrally, through the bottom of the neck.

“We have had great success with this approach so far. The normal mortality rate is between 5 to 10 per cent, however, we have now done 20 of these procedures together with colleagues, all of which have been successful.

“The main advantage of the technique is it likely reduces the risk of complications, which is why I prefer it.

“With the ventral approach you go through the soft tissue and nerves in the neck which brings the risk of vomiting, regurgitation, megaesophagus, swelling and even tracheal injury.”

In Jesse’s case, surgery again went well with Guillaume successful in permanently stabilising the atlantoaxial joint to prohibit excessive motion and relieve the pressure on the spinal cord.

He added: “The second bone (C2) in Jesse’s neck had moved upwards and causing the spinal cord to be squeezed and squashed.

“We realigned it into position and used screws and surgical bone cement to secure everything in place.”

Jesse came through surgery well and was given three months to recuperate before Guillaume re-assessed the situation.

He explained: “We had hoped that the first and most important operation would have been enough to solve Jesse’s issues but the cyst in his spinal cord was still causing a problem.

“Everything went well and I’m very happy that Jesse is doing much better now. It’s not been a total fix, and some days he is better than others, but he is much better than he was.”

Jesse’s owner Belinda Hitches, from Addlestone in Surrey, certainly agrees saying: “Guillaume saved his life and gave him a chance and I am eternally grateful to him and the team for that.

“Jesse is doing really well, better than we could have hoped for. He has some residual weakness and proprioceptive difficulties with his back left leg but copes with it well and is able to lead a good life.

“Prior to the surgery he was struggling to walk and dragging his back legs. My daughter Poppy is a vet student so she knew it was a neurological issue.

“We were all extremely concerned as we knew it was a serious situation with no guarantee of a positive outcome.

“It was a real relief when Guillaume said that surgery was possible and we’re delighted with the outcome and we’d definitely recommend North Downs to other dog owners.”

Guillaume has co-authored a publication on the dorsal surgical technique which can be found at: https://doi.org/10.3390/life11101039