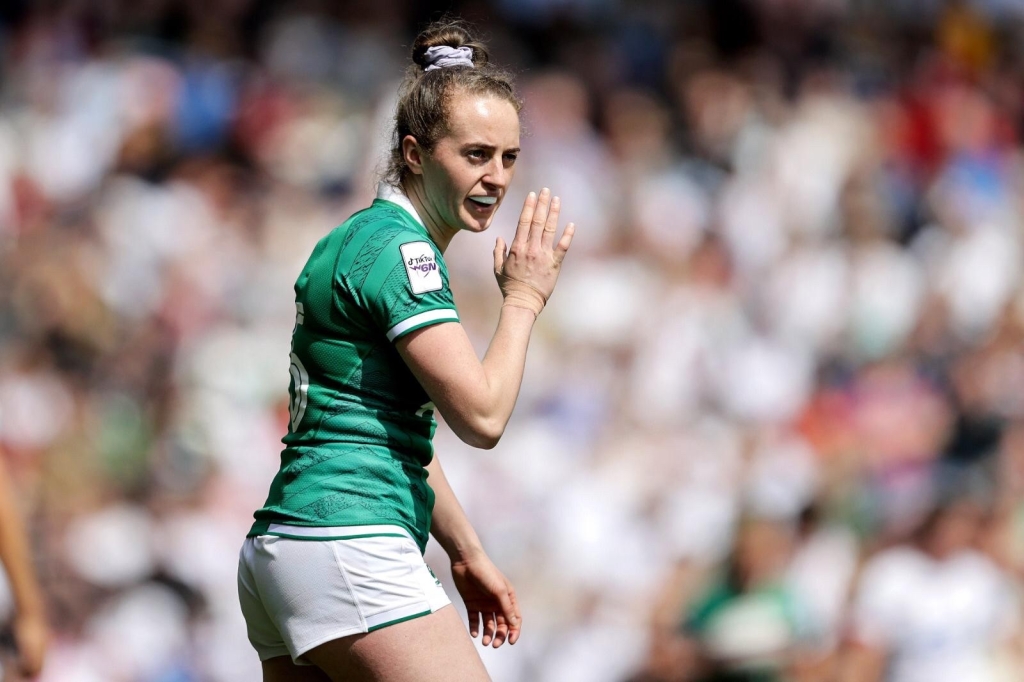 
A receptionist at a top Dublin vet practice is confident she can tackle any challenge and handle any problem that’s thrown her way – which is not surprising as she’s an international rugby star.

Molly Scuffil-McCabe is a key part of the client care team at Linnaeus-owned Blackrock Veterinary Clinic in Blackrock, County Dublin, and an Irish rugby international to boot.

The 24-year-old admits combining work and top flight rugby is a tricky balancing act but says she’s determined to try to reach the top in both.

Molly explained: “In rugby, I’m working hard to improve my game year on year and achieve as much as possible in the game.

“I know there’s limited time in a rugby career, by the time you hit your 30s that can be the end of it. But I’ve really got the taste for it and I’m determined to go as far as I can.”

It’s a similar focus with her burning ambition to become a veterinary surgeon, with Molly also putting in the hours to make her medical dream come true.

Molly, who has already proved her academic prowess with a law degree, said: “I’m applying to universities at the moment to try to become a veterinary surgeon. It’s a five-year course and a lot of hard work to be successful.

“I thrive on pushing myself hard and just keep going and going to make it all happen!”

It’s that drive and energy which first saw Molly emerge as a sporting star at All Ireland League Champions Railway Union.

She has now received international recognition, too, winning her first caps against England and Scotland in the Women’s Six Nations recently.

It’s still all a blur for Molly, though, who said: “I don’t think it has really sunk in yet, as I’ve been so busy at work and training so hard that I haven’t had a lot of time to reflect on it.

“It’s all been so hectic and I owe so much to everyone at Blackrock for their support. We are a really close-knit team and they have been so good in supporting me and my rugby.

“They help me with my annual leave and covering for me on Saturdays, which all takes a lot of planning and looking ahead.

“It’s not just matches, there’s training nights, too, when I’m working until 7pm and then driving down the M50 for two-hour practice sessions.

“I’ve also been involved in the Irish squad on Friday, Saturday and Sundays, and then it was back to work on Monday.

“So, I really cherish the odd half-hour here and there to pop in my headphones and take a bit of a break!”

Making her debut against England at Leicester Tigers’ Welford Road Stadium has really left Molly hungry for more experience on the international scene.

She admitted: “The nerves really kicked in against England as the national anthems were played but it was a very special moment, my first cap for my country.

“It was a hostile atmosphere; we couldn’t hear each other out on the pitch so it was a real baptism of fire.

“Then, against Scotland, I was picked at wing, a position I’d never played before. That was a real enlightenment and I’ve real respect for wingers now!

“I see myself as a playmaker first and foremost, wherever I’m playing. I’m always looking to break the line to create an attack or to draw a couple of opponents into the tackle just before I pass to a team-mate.

“It might sound odd but I’m at my happiest when I’m on the floor with two or three opponents on top of me while one of my team-mates is running free towards the try-line!”