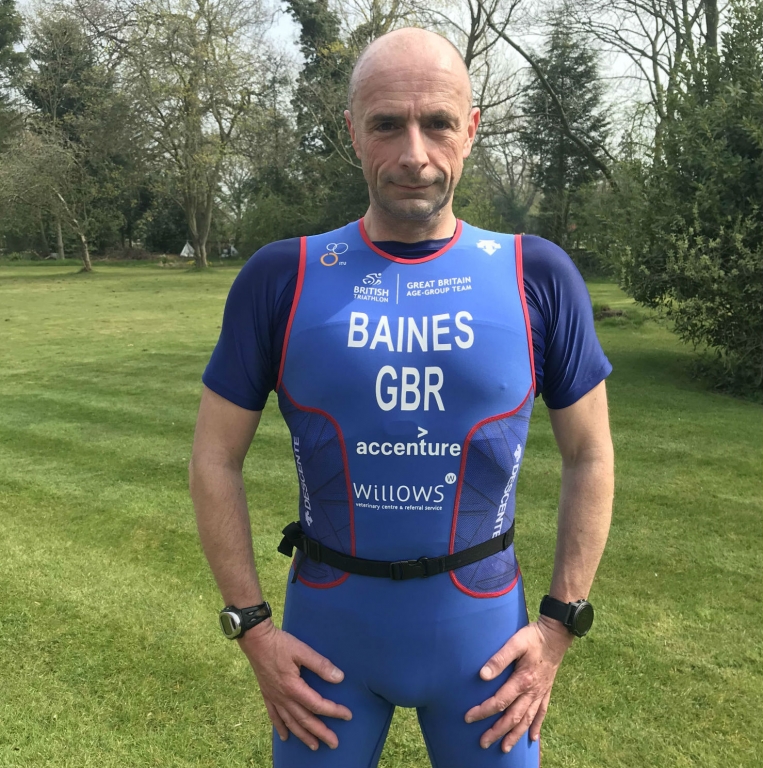 Not content with saving the lives of countless animals, a top Solihull vet has now been named as one of the fastest UK triathletes in his age group and will represent TeamGB in an international championship.

Stephen, who is also on the editorial board of the Veterinary Record and editor-in-chief of In Practice, has been taking part in triathlons for three years and has a wealth of competitive experience and successes under his belt.

He had been a keen recreational swimmer for 25 years and an enthusiastic cyclist for 15 years but admits he was never a huge fan of running.

That all changed when Stephen moved to Solihull and he started joining in with a few of the members of Solihull Triathlon Club.

He said: “After much gentle persuading and encouragement, I decided to start running, with a view to doing a triathlon in May 2016.

“I enjoyed that one so much that I haven’t looked back. I have gone on to do longer and more challenging races.”

Stephen trains for anything between eight and 15 hours a week and said his schedule is helped by having a job with flexibility and an accommodating family who know how important athletics is to him.

On being selected for TeamGB, Stephen, who has worked at Willows since April 2011, said: “It’s a great feeling to be selected as one of the 20 fastest triathletes in the UK in my age group.

“It’s wonderful to be able to compete with the best triathletes in the world, although the prospect is a little daunting too!”

Stephen has his first race for TeamGB – the Aquathon - on May 2 and his second race - the long-distance triathlon which involves a 3km swim, a 113km bike ride and a 30km run - on May 4. He returns home on May 5 which is his youngest daughter’s 13 birthday. He said he has asked her permission to miss most of her special day and had promised to bring her back a special gift from Spain.

His plans for the rest of the year include two more half-Ironman triathlons.

He added: “I feel this distance suits me as it is the right combination of endurance and a sense of achievement, without the same degree of pain and suffering that goes with the shorter, faster events!

“Breaking the 5hr barrier is my goal as my personal best is currently 5.04hr.”

For more information about Willows and the specialist services it offers, visit www.willows.uk.net.