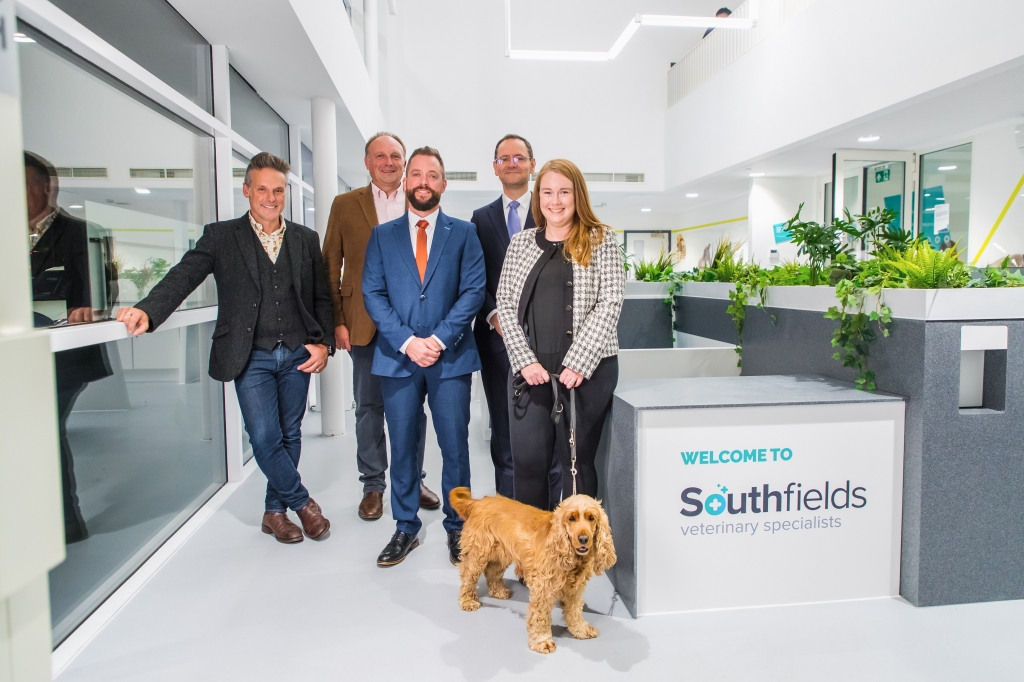 
A renowned naturalist, author and television personality added some star quality to the official opening of one of the country’s biggest animal hospitals last night.

Southfields Veterinary Specialists moved into its new purpose-built 42,000 sq ft referral centre in Basildon, Essex, at the start of the month and celebrated its official opening by welcoming more than 150 visitors to a special event.

Nick Baker, who has presented TV programmes such as the BBC’s Springwatch and Autumnwatch Unsprung, along with The Really Wild Show, joined delegates from Southfields’ parent companies Mars Veterinary Health and Linnaeus to mark the opening.

Guests were treated to tours of Southfields’ multidisciplinary referral centre, which is one of the largest animal hospitals in Europe, while members of all 14 specialist-led services were also on hand to speak to visitors.

Daniel said the event was a great opportunity to both introduce referring colleagues to the cutting-edge new hospital, while also thanking his team for their efforts.

He said: “It was great to see so many people take up our offer to come along to the new hospital and the event was a fantastic way to officially mark our opening.

“I was delighted to able to welcome Nick to Southfields and show him around our amazing new facilities. He was very impressed with what he saw and it was a nice boost for the team to see him.

“Everyone has worked incredibly hard to get this ambitious project completed. From the backing of Mars and Linnaeus, through to the team rolling up our sleeves to help get the move over the line, it really has been a huge effort.

“The event was a fantastic way to mark our official opening and I’d like to thank everyone who came along on the night.”

Special guest Nick said he was impressed by the quality of the new Southfields centre.

He added: “It was a privilege to be able to visit Southfields and take a tour of the new hospital. As someone who is heavily involved in the animal world, I fully recognise the importance of vets and the work they do.

“There’s no doubt this is an incredibly impressive animal hospital and it was my pleasure to be able say a few words as part of the official opening event.”

The facilities also include a cutting-edge imaging suite, comprehensive treatment facilities and a new linear accelerator to assist the hospital’s world-renowned oncology team.