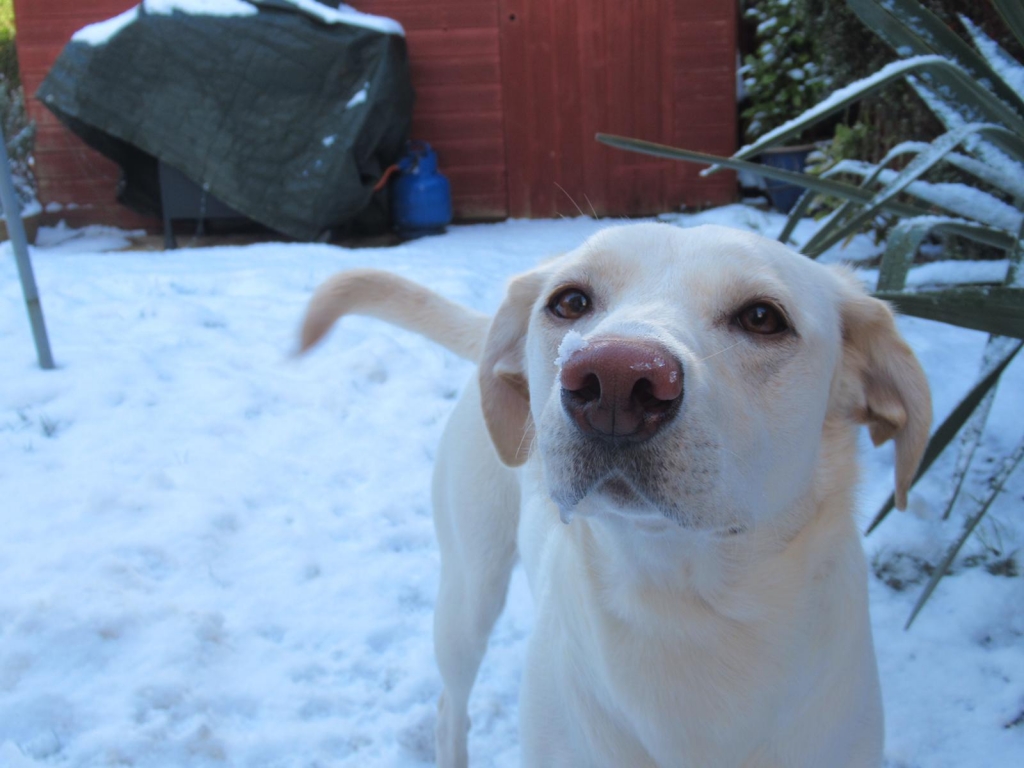 A playful moment of fun on the floor has helped save the life of a young, much-loved Labrador.

Ben Dinsdale, from Driffield, East Yorkshire was making a fuss of Nell, the two-year-old family pet, when eagle-eyed mum Rachel spotted a lump had developed in the dog's mouth.

A CT scan and biopsy by specialist vets at Paragon Veterinary Referrals in Wakefield revealed the worrying discovery was a large, malignant tumour which had grown unnoticed on the roof of Nell’s mouth.

The family were devastated but their desolation turned to elation after the experts at Paragon, which is part of Linnaeus, successfully operated to remove the cancerous mass.

Delighted owner Rachel said: “It was a real rollercoaster of emotions for us all, especially Ben as he and Nell are so close.

“Everything happened really quickly. Ben was playing with Nell on the floor and she opened her mouth and I spotted a growth on the roof of her mouth.

“It didn’t look right - it was big and quite vascular, so big I was surprised I hadn’t seen it before.

“We immediately took Nell to our local Priory Vets surgery in Driffield and they quickly referred her to Paragon for further investigations, tests and treatment.”

Paragon’s soft tissue specialist Mickey Tivers handled Nell’s case and the family are full of praise for the excellent care and outstanding support they received during such a traumatic time.

Rachel added: “Mickey was very honest, saying there were no guarantees of a successful outcome.

“He admitted they might not be able to remove the whole tumour and, even if they could, that Nell’s face could be deformed afterwards but we decided we had to give her the chance to survive - and now we’re so pleased we did.”

Mickey has since revealed the full extent of the cancerous growth and the challenging, intricate surgery required to remove it.

He said: “There was a large mass on the roof of her mouth, next to her back teeth on the right.

“Our CT scan showed that the mass was invading the underlying bone but that it should be amenable to surgical removal and there was no evidence that the mass had spread elsewhere.

“We decided surgery was the best option so we could remove the mass plus wide margins around it to ensure we’d cut it all away.

“These operations are not without risk as surgical removal of these masses can be challenging as the surgery is quite invasive.

“To remove the tumour, along with 2cm margins of normal tissue around it, we needed to remove a considerable portion of her upper jaw (maxilla), including five teeth.

“Firstly, incisions were made through the gum and soft tissues of the roof of her mouth before we cut the bone in front and behind the tumour.

“After removal of the tumour the hole was then closed by suturing the tissue of her lip to her hard palate.

“The surgery went very well. The mass had been completely removed and hopefully, this will be a cure for Nell.

“She’s certainly made a very good recovery and dogs do cope surprisingly well after this type of surgery and can function normally again very quickly.”

A much-relieved Rachel added: “Mickey and his team at Paragon have done an amazing job and the operation was a great success.

“It’s incredible really. Nell’s back to her old self now and you can barely see any signs of the operation at all.

“We honestly couldn’t fault Paragon on anything and Mickey was exceptional. He rang so many times to tell us how things were progressing and even spoke to Ben personally, as he was quite stressed about Nell and her chances.

“The after care and support we’ve received has been excellent too.”