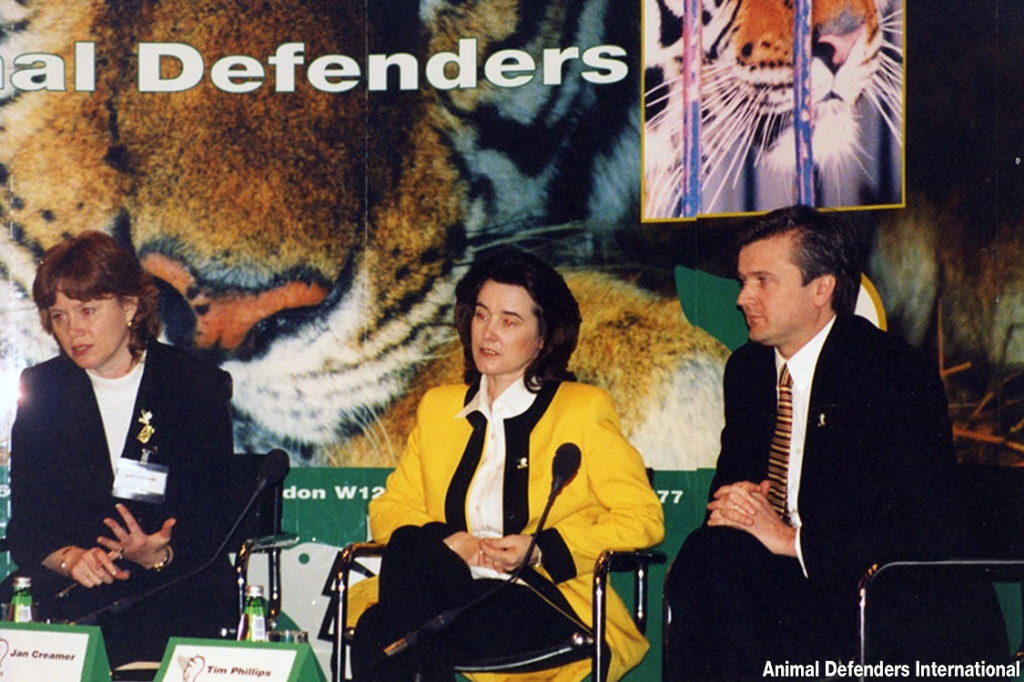 Campaigners, who have fought for decades to stop circus suffering, are today celebrating after the British Parliament today finally banned the use of wild animals in travelling circuses in England from January 2020.

The Wild Animals in Circuses (No. 2) Bill passed its Third, and final, Reading today in the House of Lords. Proceeding to Royal Assent, the legislation brings England into line with a ban already passed in Scotland.  It comes after more than a decade of promises from successive governments and over 20 years of investigations and campaigns by Animal Defenders International (ADI).

Jan Creamer, President of Animal Defenders International said: “I am delighted that Parliament has finally banned wild animals in circuses and we can draw a line under this archaic abuse in England, Scotland (where there is already a ban), and soon I hope in Wales.  There has been overwhelming public support for a ban since Animal Defenders International began exposing the horrific cruelty and abuse behind the scenes of British circuses of animals like chimpanzee Trudy, Anne the elephant, and far too many others.  I am delighted that England is finally catching up with over 40 countries that have already passed such bans.”

UK opinion polls and consultations have consistently shown overwhelming public opposition to the use of wild animals in circuses. A ban has also been supported by animal experts, with a report commissioned by the Welsh Government finding that “Life for wild animals in travelling circuses…does not appear to constitute either a ‘good life’ or a ‘life worth living’”. Legislation is already in place in Scotland, with a bill to ban wild animal acts introduced earlier this month to the Welsh Assembly.

Given the constant travel and their temporary nature, circuses cannot provide animals with adequate facilities to keep them physically or psychologically healthy. Welfare is always compromised.  There have also been repeated exposés by ADI of physical abuse behind the scenes in circuses.

ADI has offered to assist with relocation of animals affected by the legislation and is currently helping enforce a ban on animal acts in Guatemala, where it has removed 21 lions and tigers from circuses and will be relocating most of these animals to the ADI Wildlife Sanctuary in South Africa. ADI has previously assisted with the enforcement of bans on animals in circuses in Bolivia, Peru and Colombia.

HOW THE ONCE POWERFUL BRITISH CIRCUS INDUSTRY FELL

ADI turned the tide against circus suffering worldwide with a series of undercover investigations and campaigns.  25 years ago, the UK had one of the most powerful circus industries in the world, supplying thousands of animals to circuses worldwide.  But as ADI hidden cameras captured what was going on behind the scenes, the public turned its back on this cruel multi-million-pound industry and the law has finally caught up.  The key events in the battle to stop circus suffering in Britain: