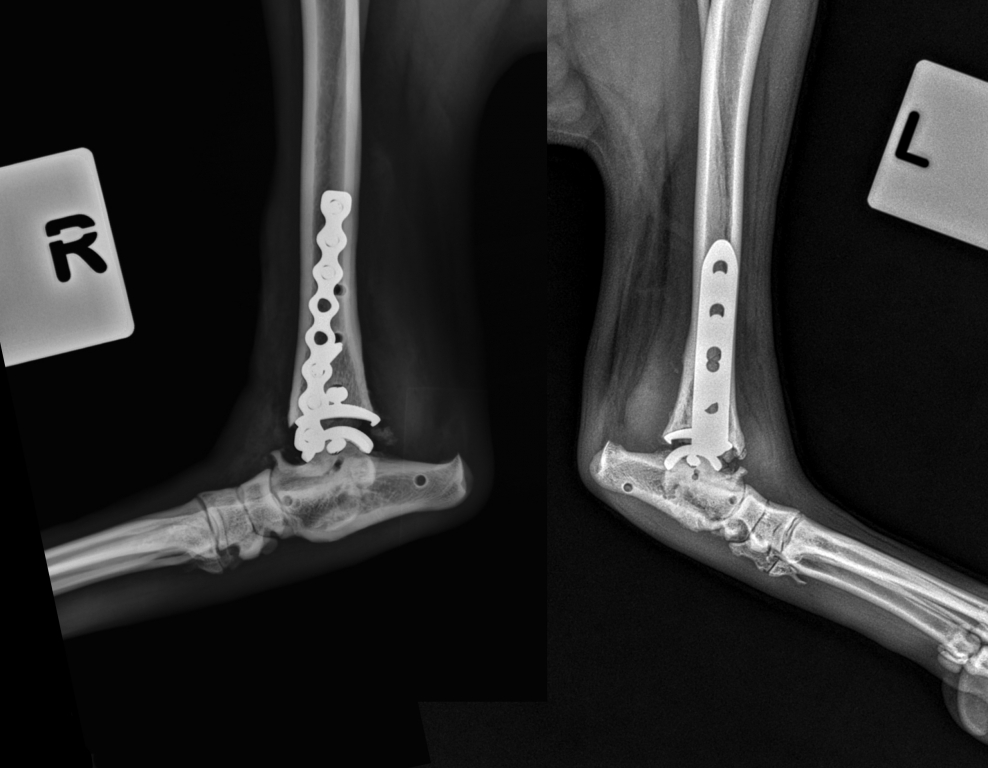 One of the UK’s top animal hospitals has carried out a world-first double ankle replacement on a dog.

The pioneering Wear Referrals, which is part of Linnaeus and based in Bradbury, County Durham, performed the ground-breaking surgery using the revolutionary BioMedtrix canine ankle replacement system.

The lucky recipient was a four-year-old Labrador called Vinny who, in 2019, had specialist treatment from Wear’s Neil Burton, assisted by orthopaedic surgeon Maciej Krukowski, to become the first dog in the UK to benefit from the state-of-the-art BioMedtrix technique.

That first surgery was on Vinny’s right ankle and proved a resounding success but, almost two years on, he needed similar treatment to his left leg and Wear’s head of orthopaedic surgery again took charge.

Neil, a RCVS recognised specialist in small animal orthopaedics, said: “Vinny first presented to us at Wear Referrals in 2019 with hind limb lameness.

“He was diagnosed with osteoarthritis in his hock joints bilaterally due to a developmental condition called osteochondrosis of the talus causing him ongoing pain and lameness. We operated on the right ankle, with Vinny becoming the first dog in the UK to have this ankle replacement system placed.

“Vinny was significantly more comfortable on this limb postoperatively but his lameness progressively worsened in the left hind limb. The decision was made to perform the same surgery on the left ankle, making Vinny the first dog in the world to have this surgery performed bilaterally.

“Vinny has made another fine recovery from surgery and is now off medication, meaning he can exercise unrestricted and pain-free without a lifetime reliance on painkilling drugs.

“For our team at Wear to be able to offer him this pioneering surgery has been a great opportunity. He’s now a unique case, being both the first UK recipient of this BioMedtrix joint replacement as well as the world's first bilateral ankle replacement with the same system,” added Neil.

For more information on Wear Referrals, which is part of Linnaeus, visit www.wear-referrals.co.uk or search for Wear Referrals on social media.