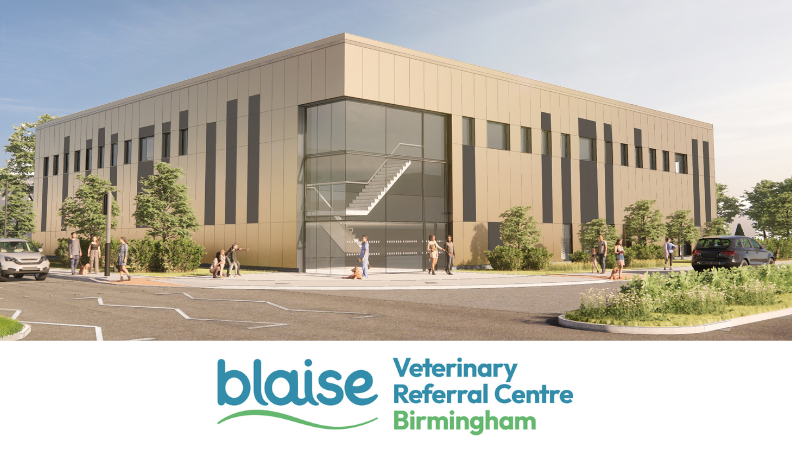 IVC Evidensia has unveiled the name for a new £10m Referrals Hospital in Birmingham as Blaise, named after the patron saint of veterinarians.


IVC Evidensia has unveiled the name for a new £10m Referrals Hospital in Birmingham as Blaise, named after the patron saint of veterinarians.

Known for his kindness and empathy towards animals and his ability to heal them, St Blaise could tame the fiercest of animals and helped timid creatures become braver. Animals trusted him and looked to him for help.

Situated in Longbridge, Birmingham, Blaise is set to be one of the largest, multi-disciplinary referral hospitals in the UK and will have the capacity to treat up to 10,000 pets per year. It will include state-of-the-art equipment, pioneering treatments and specialist-led extended clinical services including a custom-built intensive care unit for emergency and critical care, as well as a dedicated operating theatre suite.

“We’re thrilled to be able to announce that our new referral hospital will be called Blaise and for the name to have such a strong meaning.

“St. Blaise was known for his compassion, empathy, and dignity towards animals, and these are values which underpin what we do at IVC Evidensia so to name our first greenfield site in honour of him seemed very fitting.

“Construction has already begun, and we cannot wait to open our doors in Summer 2023 and to bring our expertise to pets in Birmingham and the surrounding areas.”