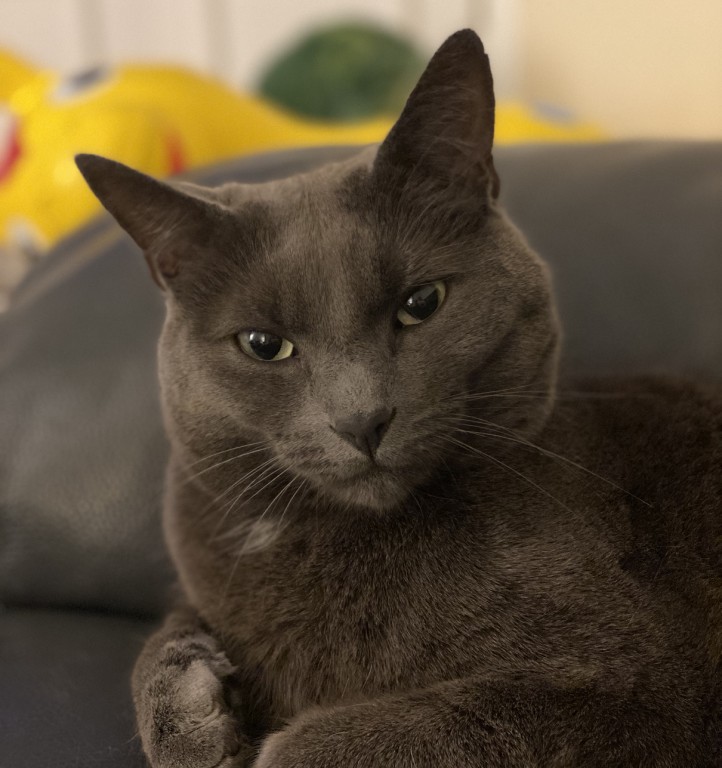 A cat’s kidney complaint was so extreme that his blood test results were too high to be checked on an award-winning London vet’s analysis machine.

Magnus, a five-year-old Russian Blue cross, was being examined at the Linnaeus-owned Maven Veterinary Care in Sutton, South London, after his owner became concerned about his lack of appetite and lethargy.

Dr Jordan said: “The blood test was performed on our in-house machines and showed that Magnus had severe elevations of his kidney parameters, urea and creatinine.

“In fact, the levels were so high that they were unreadable on the machine, which was clearly very concerning.

“We conducted further tests and an abdominal ultrasound scan showed that his left kidney was small and irregular while his right kidney was very enlarged, with dilation of the ureter (the tube that connects the kidney to the bladder).

“This finding was very suggestive of an obstruction to the right ureter, together with pre-existing chronic degenerative changes to the left kidney.

“Sadly, the obstruction of the right ureter, combined with the end-stage appearance of the left kidney, meant that Magnus had a guarded prognosis.

“This involved carefully inserting a special sterile tube into the kidney, leading to the bladder, to replace the function of the obstructed ureter.

“Magnus then received intensive nursing care in hospital for five days after his surgery and started to make slow improvements with his kidney parameters.

“He’s now made very good progress and is enjoying life much more as a result.”

Maven Veterinary Care, which has been rated outstanding by the Royal College of Veterinary Surgeons, is based in London Road, North Cheam, Sutton.

For more information, visit www.mavenvets.co.uk or search for Maven Vets on social media.