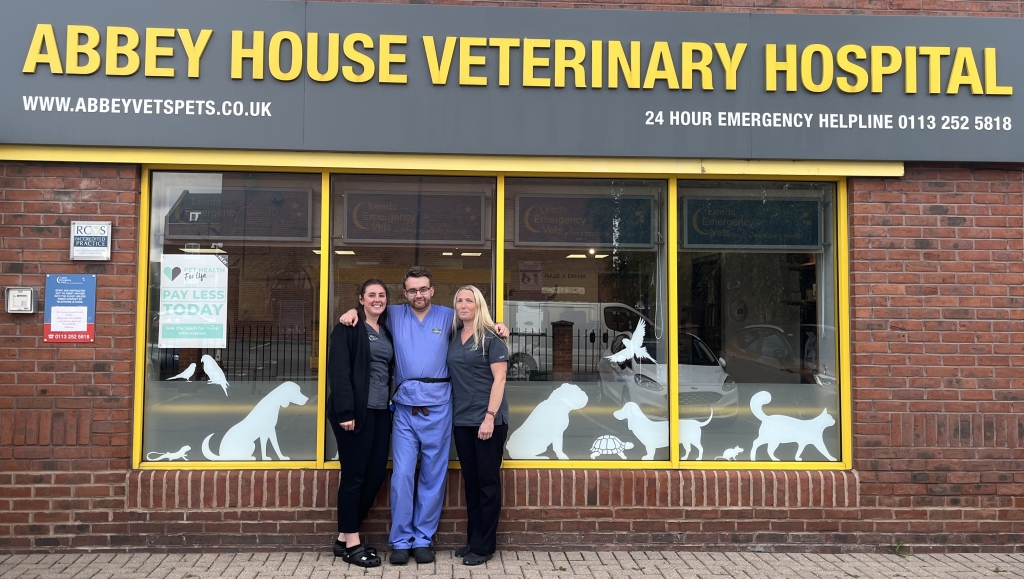 Christy Whetstone-Veitch, Hannah Thomas and John Bates are among the Abbey House team taking on the Yorkshire Three Peaks this weekend

A team from a top Yorkshire vet practice are putting their best feet forward this weekend to take on one of the country’s toughest walking challenges in memory of a beloved former colleague.

The walkers from Linnaeus-owned Abbey House Veterinary Hospital in Morley, Leeds, will be tackling the Yorkshire Three Peaks Challenge on Saturday (September 24) in memory of former team member Dawn Clark.

Dawn worked at Abbey House for almost two-and-a-half years and passed away in August 2021 after a short battle with meningitis.

The Abbey House team, including Christy Whetstone-Veitch, Hannah Thomas and John Bates, will be raising money for a trio of charities when they embark on the mission which will see them aim to scale the mountains of Whernside, Ingleborough and Pen-y-ghent within 24 hours.

Hannah Thomas, from Abbey House, said: “Dawn was a very much-loved member of the team and a caring friend to all of us at Abbey House.

“As a person who was always happy to help everyone else, we as a group wanted to raise money in her memory and we thought trying to climb the Yorkshire Three Peaks would be a real challenge.

“We’re raising money for three different charities, two of which were very close to Dawn’s heart. The first is a donkey sanctuary, as Dawn always wanted to sponsor a donkey, so the donation will be in her name.

“The second charity is a local rescue centre for Staffordshire Bull Terriers, as Dawn was a massive lover of Staffies, having one of her own called Rocky.

“Then thirdly, we’ll be making a donation to Meningitis Research UK, as this is the disease which tragically took Dawn from us.”

The Abbey House walkers have set up a JustGiving page and have already exceeded their original target of raising £300, with the total currently standing at £484.

They’re keen to raise even more money in Dawn’s memory and anyone who would like to donate can do so via https://www.justgiving.com/crowdfunding/hannah-thomas-2?utm_term=8jxVg39mp.

Abbey House Veterinary Hospital is open 24 hours a day and is based in Morley, Leeds. It also has practices in Rothwell, Cleckheaton, Batley and Kippax. For more information, visit www.abbeyvetspets.co.uk.