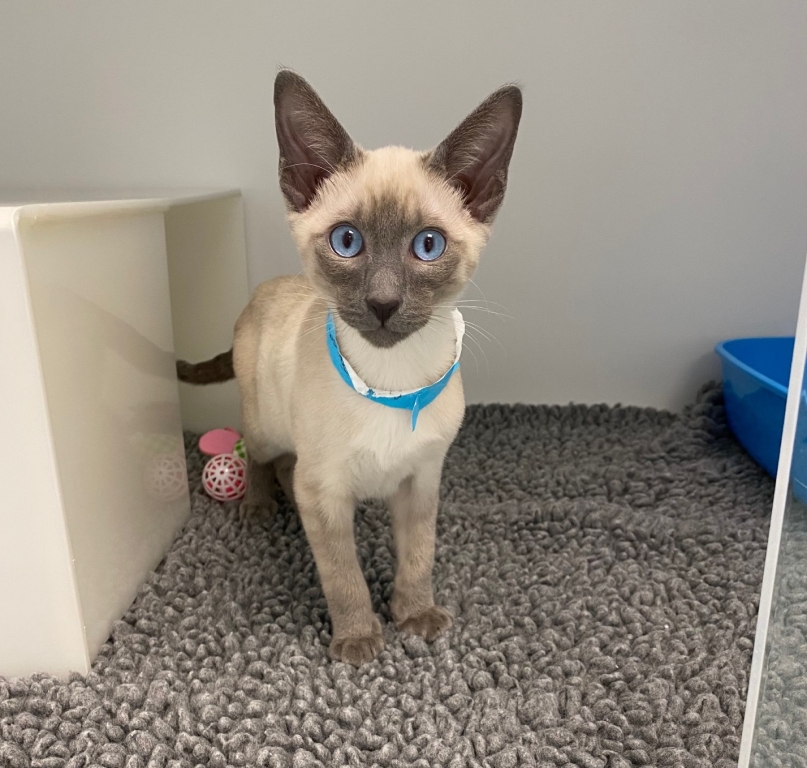 A gravely-ill Siamese kitten who was suffering from heart failure at only 12 weeks old has made a full recovery after life-saving specialist care at one of the UK’s leading small animal hospitals.

Three-month-old Arthur was in very poor health when he was referred to Linnaeus-owned Paragon Veterinary Referrals in Wakefield, but now he’s back home happily climbing the curtains after the successful operation.

A PDA is relatively uncommon in cats, affecting around one in 5,000, but can prove fatal if left untreated.

Paragon veterinary nurse Maddie Enderby, who’s the feline advocate at the gold-standard accredited cat-friendly clinic, said: “Arthur was referred to the hospital after a grade five heart murmur was found when he went for his first vaccination at a primary care clinic.

“He was referred to Paragon where we carried out an echocardiogram which revealed a left-to-right shunting patent ductus arteriosus (PDA).

“This occurs when the arterial shunt between the pulmonary artery and the aorta fails to close after birth which prevents blood from circulating properly around the body.”

Chris added: “Alarmingly, in Arthur’s case, the left ventricle was already the same size as an adult cat and the left atrium was twice the size meaning that, at only 12 weeks old, he was already in early congestive heart failure.

“His prognosis without surgery was grave so we elected to operate as soon as possible before irreversible heart damage occurred, or worse.”

Mickey performed a thoracotomy, where an incision is made through the ribs and directly into the chest to access the heart, allowing the faulty vessel to be closed permanently.

“Arthur recovered amazingly well from his surgery and he was discharged from the hospital 36 hours later. He had a further ultrasound scan one month after the surgery which showed the PDA remained closed and the heart failure was resolving,” added Chris.

“His owners report he is very happy at home, with even more energy than before, and he’s regularly trying to climb the curtains.”