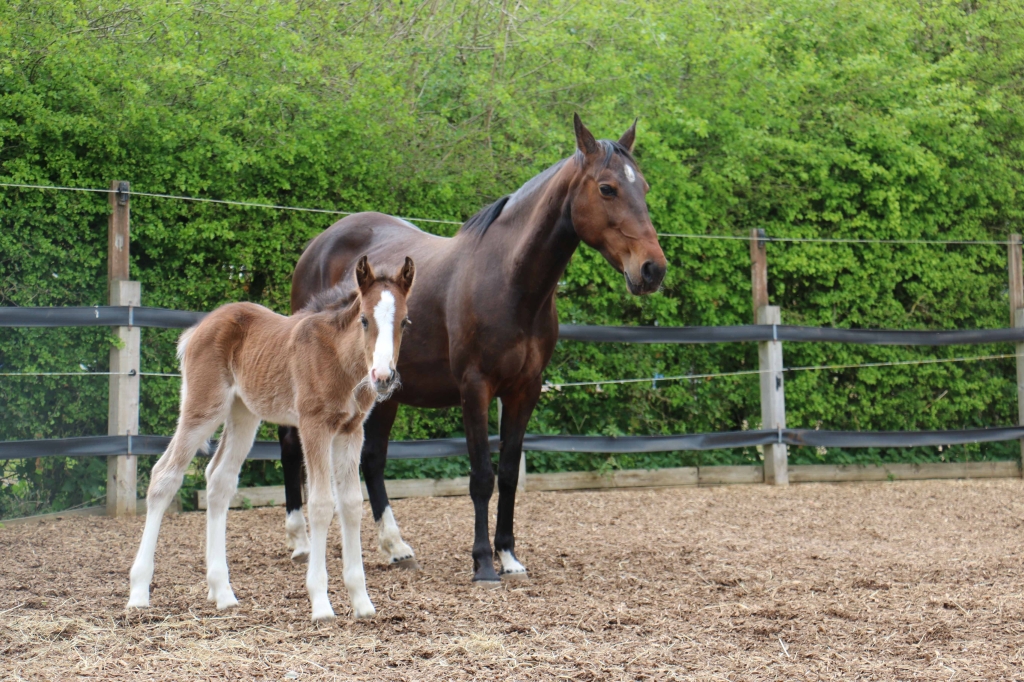 Redwings is releasing footage of foal ‘Monarch’ enjoying being turned out on grass for the first time to celebrate the Queen’s Jubilee*.

The youngster - who was born to mum Majesty after she was hit by a car in Essex whilst pregnant - is seen frolicking and galloping in the video, after he and his mum experienced grass for the first time together at one of Redwings’ Norfolk sites.

The not-so-little boy and his mum – named in honour of the Queen’s special year – are both doing well in the charity’s care.

Hackney-type Majesty came into Redwings on 25th February after suffering a broken nose and chest injuries in a crash at Tilbury Docks on 10thNovember. The 11-year-old, who is 14.1hh, was found stuck in some railings on the central reservation when the emergency services arrived and transported to a private boarding establishment who did a great job looking after her during her initial recovery. On realising that she was also in foal, Redwings was asked to take her, and offered her a forever home.

Nicola Berryman, Redwings Welfare Veterinary Surgeon, who is overseeing the welfare of the pair said:

“It’s wonderful to see them both doing so well after all mum Majesty went through, and the tricky start mum and foal had when Monarch was born.

“They had some initial problems with him feeding and needed a little bit of extra help and support, which does sometimes happen with the mares who come into us in foal.

“He’s a strapping boy, who’s growing quickly who will soon tower over his mum!

“We were all overjoyed when Monarch was born, and we know those who have followed their story so far will love to see them galloping together and frolicking in their new field.”

Monarch was born in the early hours of Thursday 7th April, making him almost two months old now, and he and his mum, and two other mares who came into Redwings’ care whilst in foal and went on to have beautiful babies, are the faces of Redwings’ summer fundraising appeal.

As a charity 100% funded by donations, it is thanks to the generosity of its supporters that Redwings is able to take in and care for horses like Majesty and Monarch.