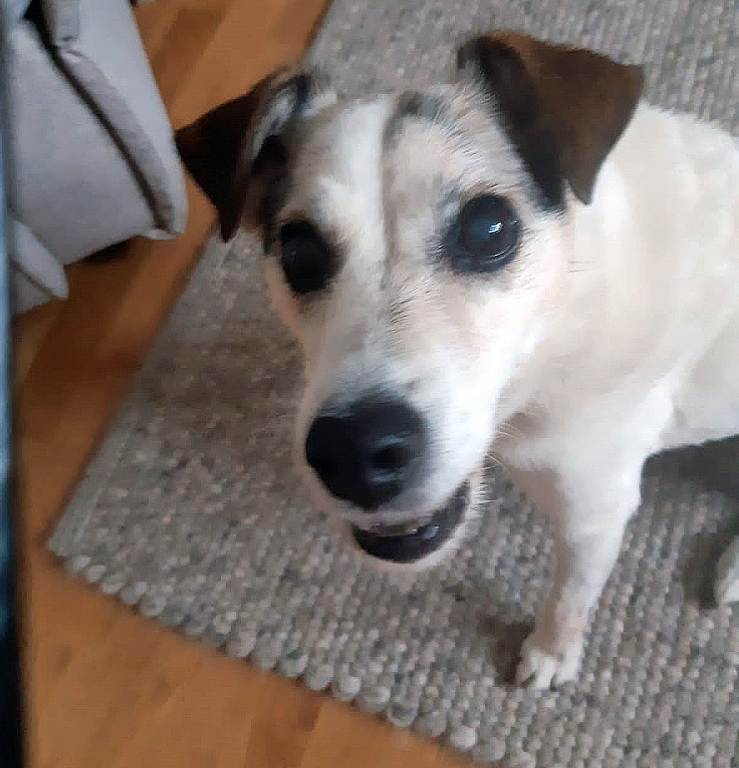 A grateful dog owner has thanked specialist vets at a leading West Country animal hospital for giving her cancer-stricken pet a new lease of life.

Liz King, from Kingsbridge, in Devon, feared the worst when she learned her 11-year-old Jack Russell, Alfie, was suffering from a tumour of the pancreas.

However, a week of expert care at Cave Veterinary Specialists, in West Buckland, Somerset, has now sparked a dramatic change for both Liz and Alfie.

“Steroids were keeping him going but his quality of life was distressing to witness but I 100 per cent made the right decision in taking him to Cave’s wonderful practice and I’m so happy he’s come through a successful operation to slow down the cancer.

“I cannot thank everyone at Cave enough for the treatment and care they gave him, as I now have my bouncy, happy Alfie back, full of his normal joy and enthusiasm.

“He had always been a very happy, loving and energetic dog used to long walks and runs in the countryside, along the cliffs and down to the beaches in Devon.

“Now, he’s enjoying the fun of those walks again. I am totally amazed at how quickly he recovered from the operation and how he is like a young dog again. It’s wonderful.”

Liz had particular praise for Cave’s Ross Doust, a European and RCVS Specialist in small animal surgerym who led the care of Alfie.

She said: “I would like to say a special ‘thank-you’ to Ross, who listened when I was struggling and made me feel I was making the right decision. I certainly felt Alfie was safe in his care as they trotted off together.”

Ross operated to remove the troublesome tumour, called an insulinoma, from the left side of Alfie’s pancreas.

He said: “Insulinoma is a tumour of the pancreas that produces excessive amounts of insulin causing symptoms such as seizures and collapse, fainting, dizziness and lethargy.

“Alfie’s insulinoma was identified and removed and during surgery we noticed some changes in the remainder of the pancreas so a biopsy was taken. Two liver biopsies were also taken for further testing.

“Alfie recovered well from surgery and then became hyperglycaemic, with his high blood sugar
levels confirming the removal of the active insulinoma.

“He stayed hospitalised with us for a week, until his glycaemic levels were under control without insulin and he was discharged with no further medication required.”