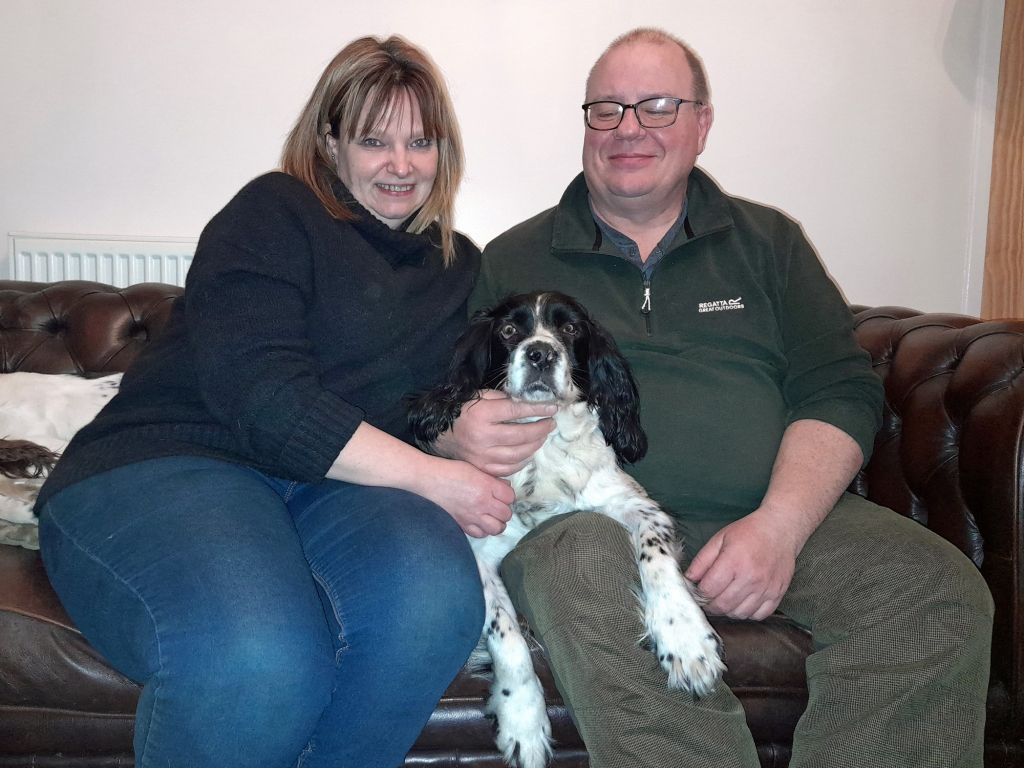 A Springer Spaniel that suffered horrific facial injuries in a mystery accident has undergone remarkable reconstruction surgery at an award-winning animal hospital in Yorkshire.

Nine-year-old Bailey suffered multiple skull fractures, gaping wounds to his face and lost several teeth in the incident, which occurred when he ran off into wasteland alongside a train line.

The seriously injured dog was taken for emergency care at Linnaeus-owned Paragon Veterinary Referrals, in Wakefield, with soft tissue surgeon David Barker saying the extent of the damage made it a difficult and complex case.

David said: “The sheer scale of Bailey’s facial trauma made this an unusual and challenging case.

“A first inspection showed that his nose was partly detached, he had a laceration to his eyelid and a fracture of the upper jaw with the displacement of many teeth.

“The surgery to repair the damage and reconstruct the face took more than three hours and there were several, separate parts to the operation.

“The eyelids had to be reconstructed, the nose reattached to the underlying bone and the nostrils reconstructed.

“We also had to deal with the communicating wound which ran through the mouth/maxilla/nasal cavity.”

In all, four different disciplines at Paragon were involved in Bailey’s treatment - diagnostic imaging, anaesthesia, soft tissue surgery and the wards and ICU nursing team.

That combined care has helped Bailey make a tremendous recovery despite the dramatic damage he suffered.

How those injuries were originally sustained remains a mystery, though, with David adding: “It’s an unknown trauma but I think it’s unlikely he was hit by a train or the damage would have been even more extensive.

“It’s more likely that he crashed into a tree or something fell on him but none of us know for sure.”

Relieved owner Karen Reilly, from Pontefract, West Yorkshire, added: “We were out on a walk and suddenly Bailey just took off down the side of the railway line.

“I was shouting and shouting him and whistling him for about half an hour and was starting to get really panicky when he suddenly emerged with his face covered in blood.

“It was awful. It looked like half his jaw had been ripped off, his right eye was battered and disfigured and a chunk of his nose was hanging off.

“I don’t know what happened and was so upset I just wanted to get him to the vets as soon as possible.

“We took him to our local vets who put him on an intravenous drip and stapled some of his wounds together before referring us for emergency care at the animal hospital at Paragon.

“The staff there were absolutely fantastic, brilliant - I couldn’t fault them. David was on the phone three to four times a day keeping us fully informed.

“They really looked after Bailey and he’s made a terrific recovery. His face is still a bit wonky, his eye is a little bit droopy but he’s certainly been very lucky indeed.

“He’s had a few escapades in his time but this was the scariest - and hopefully the last.”