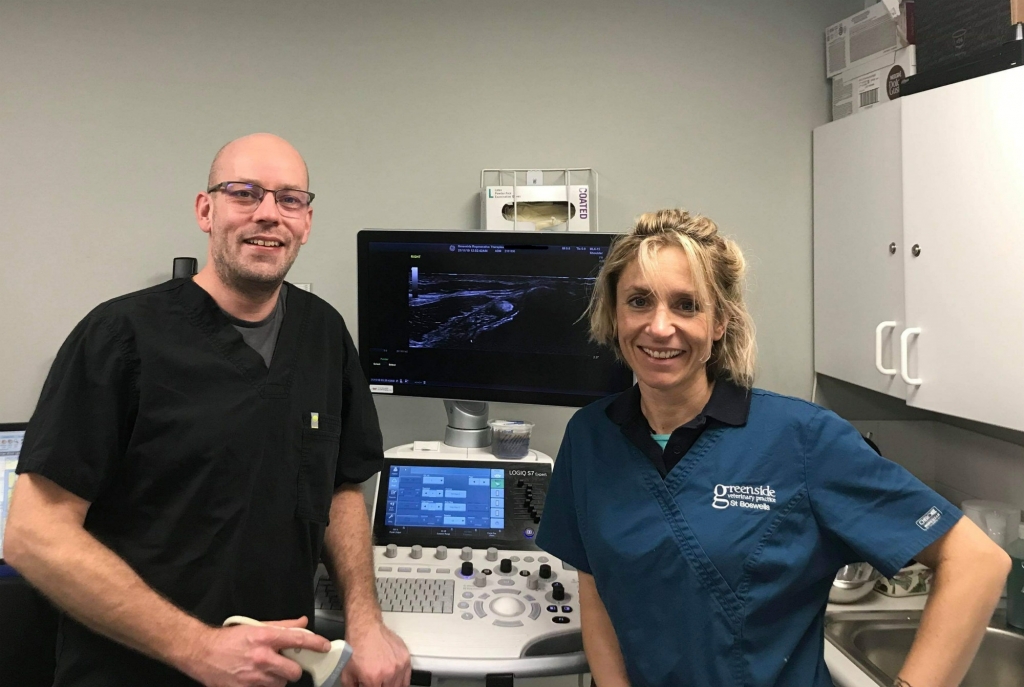 Renowned Vet Of The Year Swaps South Coast For Scotland

Vet of the Year Hannah Capon’s dedication to duty has seen her make a dramatic 400-mile switch, swapping the Sussex coast for the Scottish borders.

Hannah has teamed up with Greenside’s pioneering director Andrew Armitage, an expert in regenerative techniques and rehabilitation, who shares her passion for delivering 21st century solutions for an age-old problem.

Hannah, who was named Vet Personality of the Year in November, explained: “When my last dog Holly was diagnosed with a liver tumour, I soon found a vet to remove it and to treat her.

“However, when she was diagnosed with lumbosacral disease, vets weren’t so positive in their approach, especially as she was 12, and I was shocked there appeared to be very few options open to me.

“I couldn’t understand that. Then I heard about Andy and the ground-breaking work in regenerative medicine he was doing at Greenside, combined with a rehabilitation approach.

“Just as importantly, he was prepared to treat any dog of any age, so I rang up immediately and made an appointment.

“I then jumped into my camper van and drove the 400 miles to Scotland to see him.

“I was really impressed. Andy examined Holly and it was clear she was in a lot of pain from the lumbosacral disease but also other arthritic joints and soft tissue issues such as tendinopathies and myofascial pain. He had a number of plans for treatment, all of which I was comfortable with.

“There was a marvellous improvement in Holly and, having visited again for further treatments, I realised the potential for me and my ambitions if I could only get a job at Greenside.

“I spent a year waiting and waiting for a job to become available so I could jump straight in and now I’m here, I’m pretty sure I’ll be here for good.”

Hannah has built a significant profile in the profession since launching CAM in 2015, shortly after Holly had been diagnosed.

The success of the information and guidance service for dog owners whose pets are stricken with arthritis and other degenerative diseases has brought widespread praise and industry recognition.

In April, Hannah was named Vet of the Year at the Ceva Animal Welfare Awards hosted by TV personality and animal lover Matt Baker.

Then in November she was crowned Vet Personality of the Year at the Vet Trust Awards and was nominated for Best Webinar of the Year.

Hannah also made it into the final three of the Petplan Vet of the Year Awards 2019.

For more information on Greenside Veterinary Practice, which is part of Linnaeus, visit: www.greensidevetpractice.co.uk.