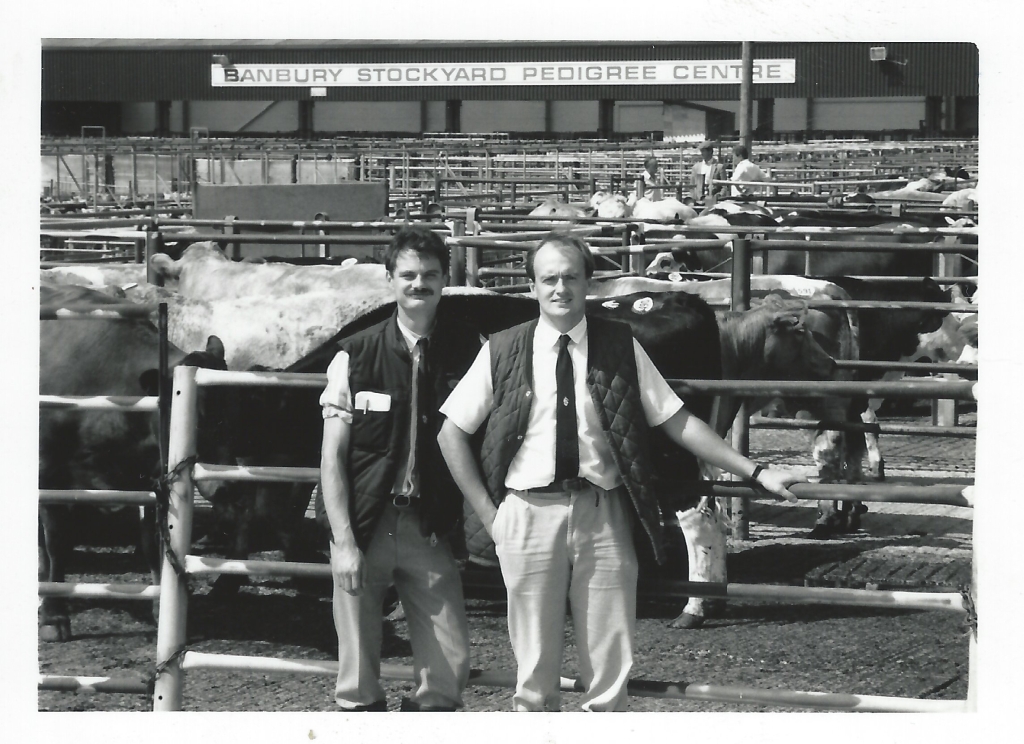 Linnaeus’s Mark Taylor, who is retiring after a long and successful veterinary career on April 1.

A Warwickshire vet is hanging up his scrubs after a long and varied career which has seen him tackle everything from a road trip to Belgium to operate on an ostrich’s toe to looking after the welfare of 12,000 sheep a day at the biggest livestock market in Europe.

Mark Taylor will retire on April 1 after a 36-year career which took him from his dairy farming background to working as a livestock and small animal vet, before being tempted out of early retirement to become medical director for the primary care estate of one of the UK’s largest vet groups.

Mark, 59, qualified as a vet in 1986 and his early career took him to a mixed animal practice in Lancashire before moving to Banbury. It was here he undertook regular inspection visits to Banbury Stockyard, a huge livestock market, working alongside the local authority to look after the welfare of the animals.

After switching to small animal practice, Mark moved to Warwickshire-based Avonvale Veterinary Centres in 1997, the start of a 23-year association which led one colleague to say if he was cut open, he would have ‘Avonvale Vets’ running through him like a stick of rock.

He initially intended to retire in autumn 2018 before the offer of a central role with Linnaeus, Avonvale’s parent company, which he accepted.

He formed a new team with Linnaeus chief medical officer Professor Séverine Tasker and fellow medical director Simon Hayes to oversee all the primary care practices in the group, which now stands at 47.

Mark said: “I’m finally hanging up the scalpel! Initially, I felt quite conflicted as there is still lots to do and things are still changing very rapidly. I will really miss the people I work with at Linnaeus.

“In terms of the future, there are plenty of hobbies to take up and some offers of other work which I will be considering, including a possible role with the Royal College of Veterinary Surgeons.

“Avonvale was the first primary care practice to join Linnaeus, which at the time was just Willows Veterinary Centre and Referral Service in Solihull and North Downs Specialist Referrals in Surrey. It has grown enormously since then and it has been a huge privilege to be a part of that.”

With such a long career behind him, Mark inevitably has a few tales about his life as a vet.

He said: “I remember well working in Banbury Stockyard, which was the biggest livestock market in Europe at the time. It would have something like 12,000 sheep per day coming through it. I’m from a dairy farming background in Cheshire, so it was all quite natural for me.

“While working in Banbury, I remember being sent to Belgium to operate on two ostriches in the double garage of a half-built farm house! One needed an operation on its toe and the other on its neck.

“I had to drive back myself to do the follow-up checks, as the practice’s odd job man drove us there but his car caught fire on the way back to England!”

When Mark joined Avonvale in 1997 it had four branches, expanding to seven by the time he left. He was based at the Southam clinic, overseeing its expansion and eventual location. He was also heavily involved in the relocation of the flagship Warwick hospital and the opening of the new branch surgery at Stratford-upon-Avon.

“The Southam practice was a converted coach house initially. When we moved it to a new site, the layout, colours and materials we used became the template when we refurbished or opened a new surgery,” he added.

“We employed more than 100 people by the time I left and had added a CT suite at Warwick, a next-level investment for a primary care site.

“I’ll remember all of the characters I came across, both clients and vets. I can’t tell you some of the stories I have! But I’ll always remember the level of commitment people showed.”

Mark is now planning to use his extra spare time to continue his long-term cycling habit, which already sees him riding out two or three times a week with friends.

A former ballroom dancer in his youth, he is also considering dusting off his dancing shoes and may also take up gliding, another hobby from his 20s.

He is also planning a three-week road trip in California, where he hopes to meet up with colleagues from Mars Petcare who previously he has only met via video calls.

For more information on Linnaeus, visit www.linnaeusgroup.co.uk or search for Linnaeus on social media.