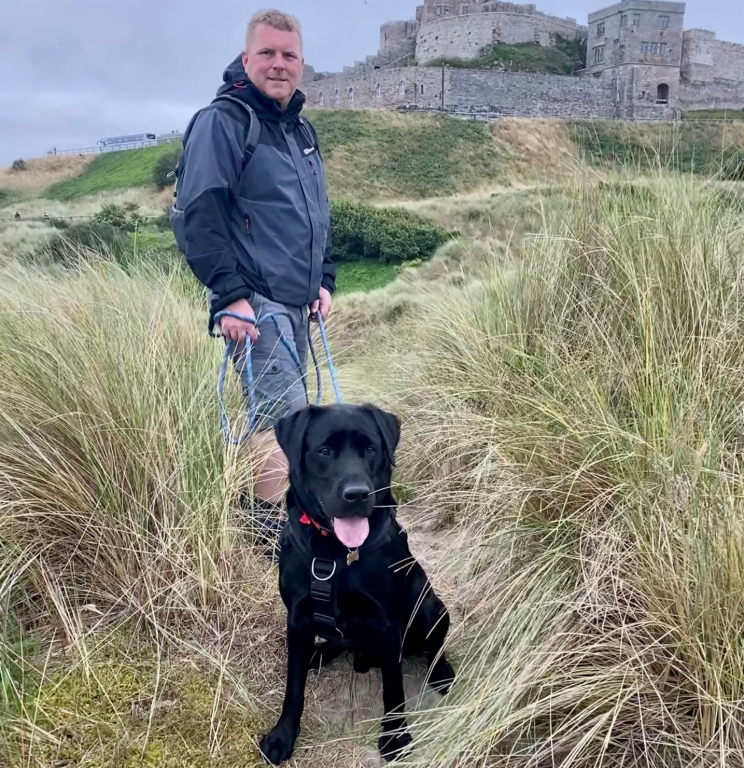 
A young Labrador breathed a huge sigh of relief after a North West vet solved the mystery of his continual coughing, lack of energy and loss of appetite.

Luckily for Riley, the vet was able to avoid surgery by using an endoscope to feed down into the airways and successfully retrieve the still-intact ear of wheat.

Riley’s relieved owner, Rob Gardiner from Chester, said: “I was amazed when Harry showed me the ear of wheat. I couldn’t believe how big it was and just looked at it thinking how, how, how?

“I’ve even kept it in a tube as a memento. It’s one thing telling people how big it was, but showing them is the best way to get a reaction.”

Rob also hopes Riley’s experience can serve as an important reminder to dog owners about the dangers of pets inhaling wheat spikes and grass awns while out on walks in the countryside.

He added: “I was walking with Riley along a track when suddenly he darted off into the field alongside us.

“He was only gone for 10 seconds but emerged covered in seeds – they were soft, yellow grains of rice with hooks on.

“We spent ages trying to remove them. They were all in his fur, in his eyes and up his nose.

“Then he started coughing, eventually coughing up blood, so that evening we took him to the emergency 24-hour vets at Ellsmere Port but they couldn’t find anything.

“Riley kept coughing, though, and was off his food. He had also lost his usual energy. He was just mooching around.

“We took him to our local vets The Storrar Practice in Boughton, where James Storrar examined Riley and said he could see something trapped deep in his airwaves.

“He told me it needed specialist equipment to remove it, so referred us to NWVS, where Harry saved the day.”

Harry added: “Riley arrived with a suspected foreign body in his airwaves so we carried out a CT scan which confirmed a wheat spike was lodged in his lung.

“We performed a bronchoscopy – a camera into the airways – but it was a challenging retrieval as it was difficult to get good traction with the forceps.

“Thankfully, the whole piece was finally removed intact and Riley’s coughing resolved over the next few days and he is now back to normal with his activity levels and enjoying his walks again.”