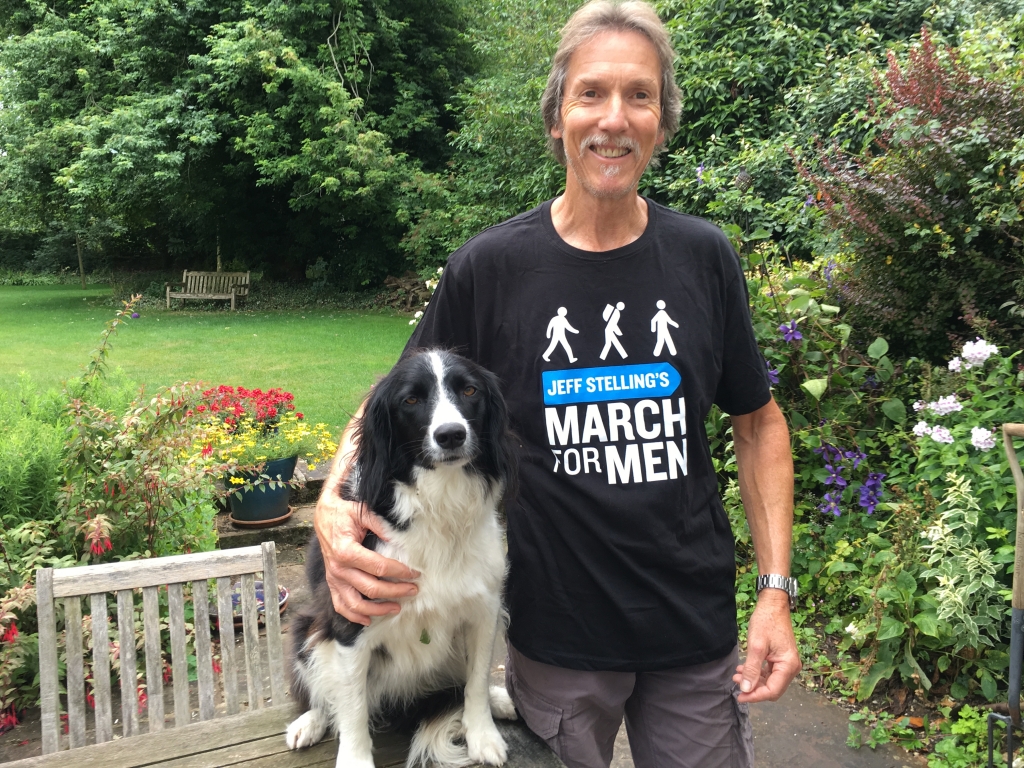 Four marathon walks, four nations, four days. A daunting challenge, but exactly what Bath-based vet, John Campbell (62) is planning to do in September.

John will start with the first 26.2 mile event in Glasgow on 5th September, followed on consecutive days in Belfast, then Cardiff and finishing with his grand finale in London on 8th September. The walks have a football theme, with day one starting at Hamden Park in Glasgow, visiting 17 football grounds en route, with a finish at Spurs new stadium in London on day four.

Most people will be completing just one leg of the 4 day ‘March for Men’ event, organised by Prostate Cancer UK and spearheaded by Sky sports TV football presenter, Jeff Stelling. That’s just not enough for John. Prostate cancer kills one man every 45 minutes in the UK and John is tackling all four days to help raise funds for Prostate Cancer UK in memory of a friend who died from the disease last year.

John has been prepping for his mammoth challenge with his ‘training partner’ Tess, his springer-collie cross. He said,

“I am really looking forward to this challenge - not just the walking but also ‘hopping’ from city to city each evening - and will be especially proud to be joined by my stepson Jack, on the London leg.

“But most importantly, it will help raise awareness and funds for a charity which is doing fantastic work to help beat this killer disease. I am walking in memory of my friend Giles Penfold, who was just my age when he sadly died last year, and who was known to many IVC colleagues in this area”.

He is supporting Prostate Cancer UK ambassador, Jeff Stelling in his bid to raise £1 million to fund essential research, helping change the game and stop Prostate cancer being the killer of so many men.

If you would like to donate and help spur John on with his challenge, visit https://www.justgiving.com/fundraising/john-campbell62