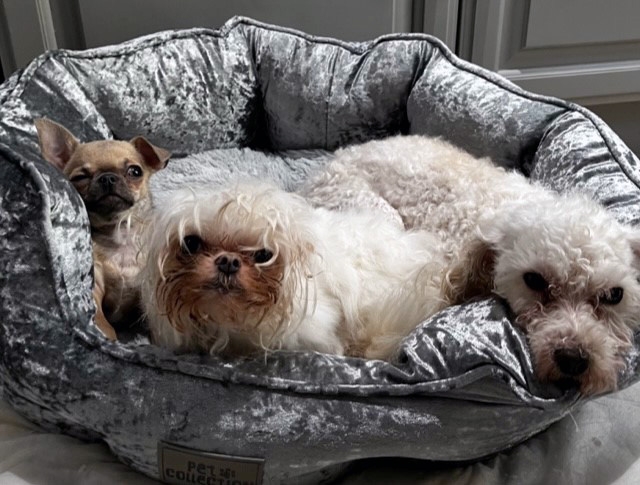 A miniature dog who could barely move and was in constant pain after suffering serious spinal damage is back on his feet thanks to intricate surgery using tiny screws to stabilise his vertebrae.

Scans revealed Tyson had suffered a subluxation of his first two cervical vertebrae, which had compressed his spinal cord and left him in massive discomfort and barely able to walk.

NWVS’s head of neurology Luca Motta, who carried out the painstaking operation, said precision and patience were key to a successful outcome.

He said: “Tyson is a tiny dog who was in huge discomfort when he came to see us. We carried out MRI and CT scans to see the extent of the problem and to accurately plan for surgery on his spine.

“Five screws were inserted into the vertebrae and held firm by bone cement to try to keep the two vertebrae aligned and stable.

“The difficulty of the surgery was that Tyson is really small and we had just 1cm to 2cm of space to place the screws into his tiny bones.”

A post-operative CT scan showed good alignment and positioning of the screws, which has helped Tyson experience an excellent improvement in his movement and mobility.

“Tyson is doing very well and his owners are very pleased, so I guess you could say it was a knock-out result for everyone involved,” added Luca.

Tyson is now back home with his owners, Ed and Sarah Stojanovic, from St Helens.

Ed said: “We were really apprehensive about how or if Tyson would recover after such a traumatic experience, however we honestly cannot thank everyone at the practice enough.

“Every day we have seen improvements and he is back to his cheeky self in terms of his personality. After only a few days of doing his physio exercises, he can now walk or try to run in a straight line for about 15m. We’re really pleased with his progress.”

Tunbridge Wells, Kent. United Kingdom
A friendly, independent surgery in the Tunbridge wells area is recruiting for a full-time small animal Vet. This is a practice fir...

North London. United Kingdom
Fantastic opportunity to join a reputable and well-established Referral Hospital in London starting as soon as possible on an ongoing basis....