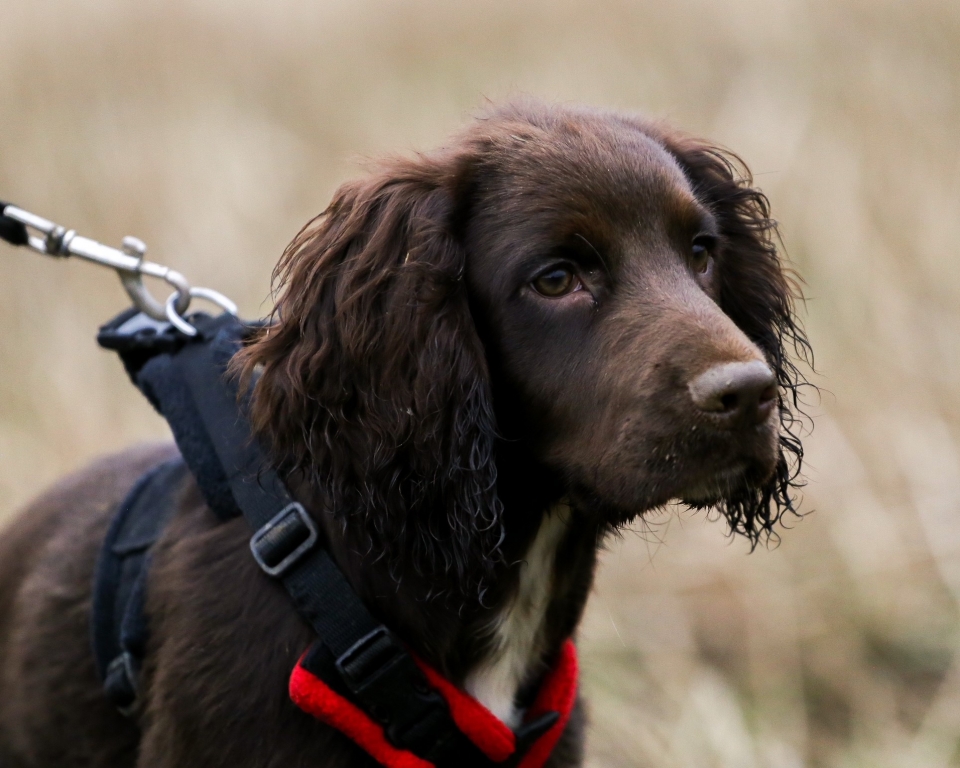 A Cocker Spaniel puppy fighting for survival due to an unusual birth defect is now living life to the full after specialist treatment at one of the UK’s leading animal hospitals.

Experts at Wear Referrals, in County Durham, have carried out an intricate surgery on a 15-week-old pup called Jip, whose inability to eat solid food and constant vomiting threatened his life.

Prior to presentation at Wear, Jip was sick whenever he was fed any food that wasn’t mashed and he had lost so much weight his owners had to puree all his food using a blender just so he could keep it down, while feeding him up to eight times a day in a bid to keep him going.

Jip’s local vets suspected an uncommon condition called a vascular ring anomaly and referred him to the specialists at Wear Referrals, where Dr Jess Bacon and Professor Jon Hall took charge of the case.

Dr Bacon, a European College of Veterinary Internal Medicine resident, explained: “We confirmed the problem was a vascular ring anomaly using a real time Xray fluoroscopy which showed Jip’s aorta was on the wrong side of his chest.

“In a normal dog, it is positioned on the left but Jip’s was on the right and this had caused a ligament to pass around his oesophagus and constrict it.”

The solution was surgery, with Jon working alongside the anaesthesia and nursing teams, to cut the ligament and ease the pressure on Jip’s oesophagus, finally allowing the free flow of food from his mouth to his stomach.

Jon, an RCVS and European small animal specialist, added: “It is a delicate surgery to perform on a small puppy with the heart and lungs moving around.

“We made an approach on the left side of the chest between the fourth and fifth ribs, ventilating the dog so that he could breathe under the anaesthetic and then moving the lungs to the side to approach the base of the heart.

“Without our specialist anaesthesia team and experienced nurses, these kind of surgeries just wouldn’t be possible.

“The vagus nerve was moved to the side and the ligament identified between the aorta (largest artery leaving the heart) and the left pulmonary artery (the blood supply to all of the left lung).

“We tied it and cut it, releasing the constriction on the oesophagus, and then passed a tube along to make sure it was all freed.

“Everything went well. Jip recovered quickly and had stopped regurgitating within hours of the surgery so it was a very satisfying outcome.”

Grateful owners Carolyn and Daniel Tyer, from Seaton in Cumbria, said: “Wear were brilliant. They treated Jip as an emergency after we explained how poorly he was and within hours of dropping him off we had a diagnosis.

“They booked him in for his operation straight away but we were so nervous to leave him, as it was such a high-risk operation.

“However, once we had sat with Jon (Hall) we walked away feeling reassured that Jip was in such good hands and we knew he was going to be so well looked after.

“Jip is just amazing now.  We thought we’d never see him run with his Mam and Dad and his brother but now he enjoys long walks and runs in the fields with them all the time.

“He loves his food and tries to eat everything he can, I think he’s making up for lost time! He’s just the best dog and we are so happy to have him.

“We owe it all to Wear Referrals and big thanks to our local vet Beverly in Cumbria for finding them and making the referral for us.”

For more information on Wear Referrals, which is part of Linnaeus, visit www.wear-referrals.co.uk.