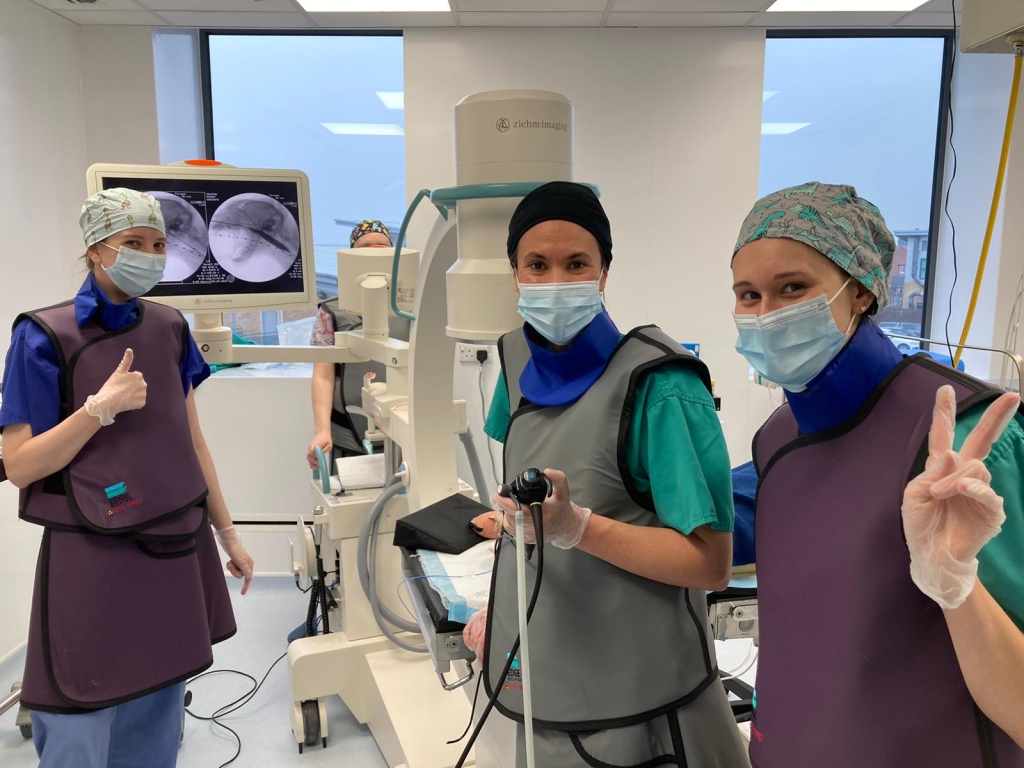 The internal medicine team at Paragon who carried out the procedure on Rupert. L-R Lizzy Conway, Andrea Holmes and Simona Borgonovi.

A young cat beset by a rare condition causing unusual breathing noises and wheezing is back to full health thanks to a Yorkshire animal hospital carrying out its first balloon dilation procedure.

Rupert was referred to the internal medicine team at Linnaeus-owned Paragon Veterinary Referrals, in Wakefield, with a five-month history of upper respiratory tract noises which had proved to be unresponsive to several medications.

He was also prone to intermittent episodes of open-mouth breathing and occasional wheezing.

Rupert underwent blood work, chest X-rays and retroflex endoscopic examination of the nasopharynx to identify the underlying problem and was diagnosed with nasopharyngeal stenosis, a narrow nasal passage near the back of the throat.

Simona said: “The procedure involved the use of an inflatable balloon which was progressively dilated to breakdown the stenosis and help Rupert to be able to breathe silently again.

“The condition is quite rare to see. There are several case reports out there and the biggest one includes 31 cats and 15 dogs in an eight-year timeline, although I believe it is likely underdiagnosed.

“Rupert’s procedure was successful and he was discharged on the same day. Six weeks later he’s still doing well and enjoying life without making any weird noises when he’s breathing!

“However, there is a high chance of recurrence in approximately 70 per cent of cases and a second balloon dilation might be required weeks to months after the first one.”