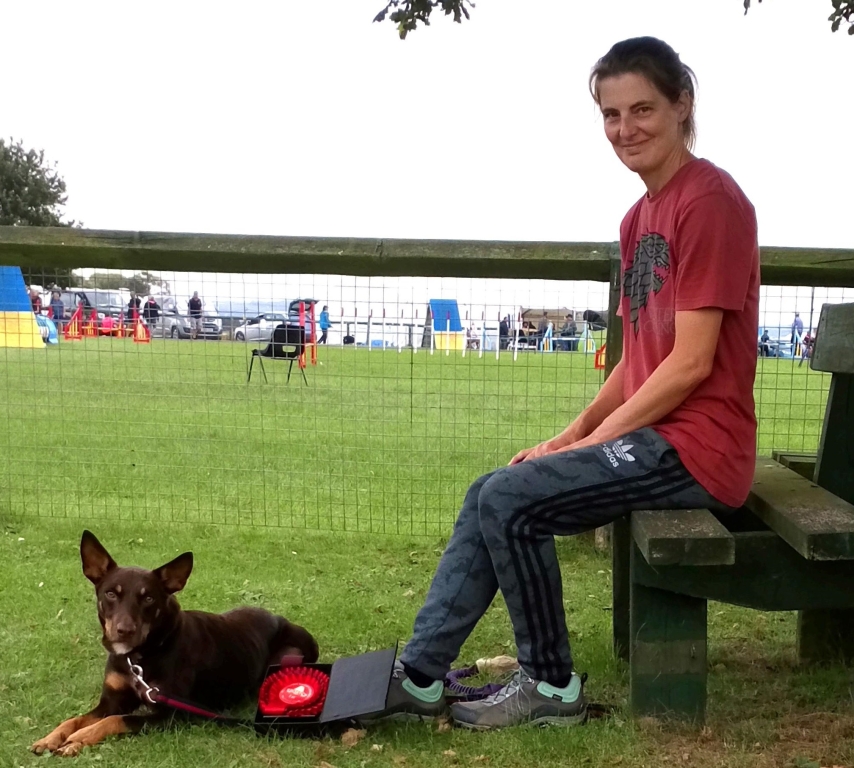 A veterinary nurse at a Cumbrian referral centre has spoken of her joy at the success she and her dogs have achieved in agility competitions across the world.

Beth Todd, an RVN at Linnaeus-owned Kentdale Referrals, in Milnthorpe, Cumbria, has been training agility dogs for the past 16 years and enjoyed more success at this year’s Crufts, where she and her dogs once again took home rosettes.

As the veterinary world marks Veterinary Nursing Awareness Month (VNAM), Beth’s agility work is a passion which has been supported by her colleagues at Kentdale. In particular, fellow RVN, Shelly Postlethwaite, who is always willing to swap shifts to enable Beth’s travels around the world to compete, while combining it with the vital work she does as part of the nursing team at the referral centre.

Her most recent success came earlier this year at Crufts, when her whippet Jibbers won the Intermediate Novice ABC Grand Final.

Beth, who joined Kentdale in 2009, said: “I got into agility about 16 years ago when I took on Callie, a Border Collie who came with aggression and other problems.

“I am a strong believer that if you focus on strengths, then weaknesses become weaker. It definitely worked for Callie as she loved it straight away and it changed her whole personality to a happy, friendly dog for the rest of her life.

“A few years later, I contacted Morgan’s Rescue in Alston, Cumbria, as I was ready for another dog. I did not have to wait long as they found me Wilf, a seven-month-old working sheepdog puppy who became my partner in crime for the next nine years!

“Wilf ran at championship level within three years of starting his training, taking part in 21 championship finals, two national finals, running for Scotland at the World Agility Open in Holland in 2017 and at Crufts in 2018, finishing third in the team event.”

Talking as part of VNAM, Beth said the satisfaction she gets from her agility endeavours is worth the hard work and dedication she puts in alongside her nursing role at Kentdale.

She added: “Agility is a lot of fun and also a lot of hard work – if you call playing with your dog work!

“But there is nothing quite like the feeling of being with your best friend on the start line of a competition where, for the next 60 seconds, nothing else in the world matters.”

Beth’s three agility dogs are Jibbers, Zico and Krugerrand. She said: “They all started their agility training at about 12 months old.

“Before that age it is important to allow puppies to just be puppies, doing normal puppy things such as learning basic manners, training and lots and lots of toy play.

“If your dog really wants to play with you and understands reward systems, it makes future training a lot easier along with a strong, solid foundation.

“Once we consider our dogs physically and mentally mature, training begins and continues throughout their career.”

Krugerrand qualified for Crufts 2022 at only his second competition and is continuing his strong start to his career, with more than 18 wins under his collar already, taking him from grade starter to grade senior.