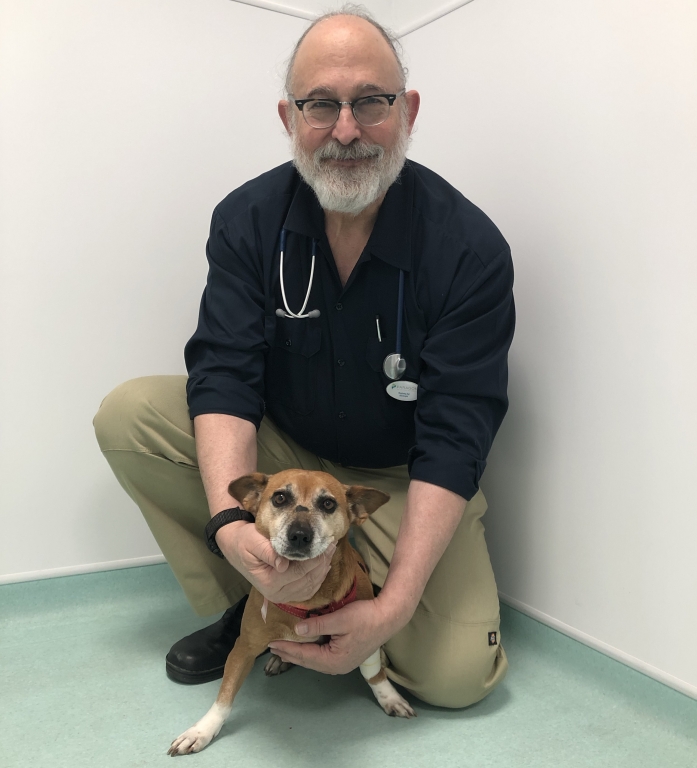 Vets at one of the UK’s top animal hospitals have successfully treated the rare and severe case of a rescue dog suffering from a vaginal transmissible venereal tumour (TVT).

Evie, a 10-year-old crossbreed, was referred to the oncology team at Paragon Veterinary Referrals, in Yorkshire, suffering from a dramatic case of the disease, which had left her with a large tumour protruding from her vulva and excessive bleeding.

Paragon veterinary intern Silvia Caeiro said the condition was so serious that euthanasia was discussed with the owners, although the final decision was to try to treat and beat the invidious infection - and it was a remarkable success.

“The assessment was a vaginal transmissible venereal tumour, which was based on her history, the symptoms and a cytology report.

“Cases of TVT are endemic in places with a temperate climate - like parts of the USA, Central and Southern America, Africa, and the Far East - but are very unusual in the UK.

“It is spread by the transfer of living cancer cells between dogs, usually during mating. Obviously the most common primary sites of infection are external genitalia, but other sites can be affected, including the nasal and oral cavities, subcutaneous tissues and the eyes.

“The most effective treatment for this tumour is chemotherapy, which provides a complete response and is curative in 90 to 95 per cent of cases, so the prognosis for dogs with TVT is generally considered very good to excellent.”

After discussions with the owners, Paragon started weekly chemotherapy sessions with the aim of Evie being in complete remission at the end of the treatment.

She responded positively with an almost immediate improvement, which progressed to her making a full recovery.

Silvia added: “Evie came in every week for treatment and her owner reported that she was improving after every session and feeling more and more comfortable.

“Her excessive bleeding had stopped after the second treatment and at each examination the mass was steadily reducing in size.

“Evie showed an excellent clinical response and soon there was no evidence of visible disease or bleeding.

“The treatment was a great success. Evie was confirmed to be in complete remission and that means she just needs to be monitored every month for the next three months to check there is no recurrence.”

Paragon, which is part of Linnaeus, is a multi-disciplinary centre which specialises in expert pet care across a range of services including anaesthesia and analgesia, cardiology, dermatology, diagnostic imaging, neurology, oncology, ophthalmology, orthopaedic surgery, pain management and soft tissue surgery.

For more information on Paragon Veterinary Referrals, visit www.paragonreferrals.co.uk or search for Paragon on LinkedIn or Facebook.